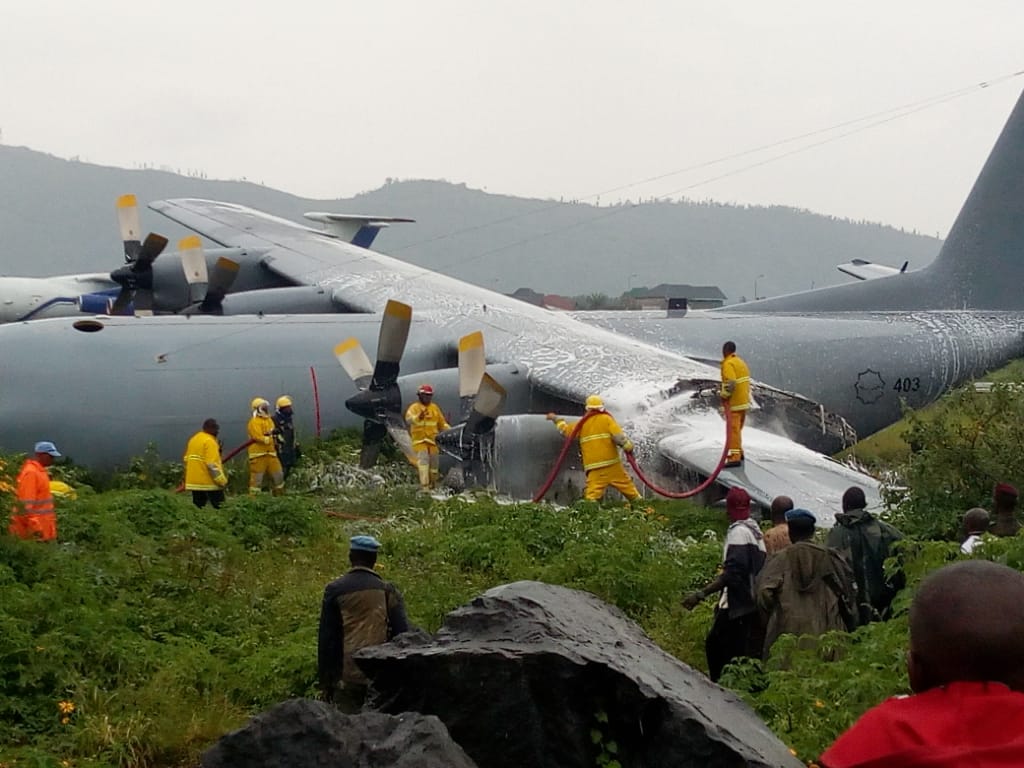 South African military officials have confirmed that one of their Air Force planes crashed at Goma Airport in the Democratic Republic of Congo.

Dlamini said the plane had been deployed in the Democratic Republic of the Congo as part of the United Nations Peacekeeping Mission (MONUSCO).

“The C130 from the South African Air Force was on its way back to Goma after delivering logistic supplies at Beni when the incident happened,” he said.

He added that “Nobody was injured during the landing and a Board of Inquiry will be convened to investigate the circumstances surrounding the incident.”

Videos on social media showed smoke rising from the plane but Reuters reported that some of its sources at the airport said there did not appear to be major damage to the plane.

A South African military C130 used by #MONUSCO crashlanded at Goma Airport in DRC,according to untrusted sources in DRC ,it had an issue with one of the left engine blades,but this is still yet to confirm. Also no information about the situation of the crew…#2020badforaviation pic.twitter.com/wOxeEWCbd9

Share
Facebook
Twitter
WhatsApp
Linkedin
Previous articleOpinion: The Eco – The devil is in the detail
Next articleGhana: Caterers picket at President’s residence over unpaid arrears
- Advertisement -