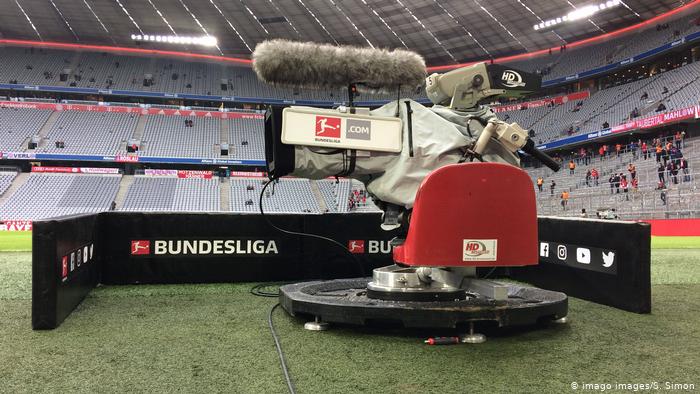 After laying out a series of measures designed to limit any risks, the German Football League (DFL), which governs Germany’s top two divisions, got the government approval it needed on Wednesday for the return of Bundesliga football.

“The Bundesliga will be able to resume operations soon,” Chancellor Angela Merkel told reporters in Berlin following a video conference with the premiers of the country’s 16 states.

The Bundesliga has been given the green light – without fans and in accordance with strict hygiene protocols – despite the fact that a general ban on mass public events remains in place.

“This compromise regarding football is absolutely justifiable – even though this is a controversial subject,” said the premier of the southern state of Bavaria, Markus Söder.

When precisely the season will resume remains unclear, but Merkel and the premiers agreed that it can return as soon as May 15, although a restart on May 22 is also being considered. There is a commitment to finish the season by June 30.

Whatever the date is, games are only allowed to take place if players undergo a sufficient quarantine period, in the form of training camps, before the resumption of the season. Originally that period had been 14-days, but one week may also be possible with regular testing and negative test results.

The news comes as the rate of new COVID-19 cases in Germany has dropped below 1,000 per day for the first time since mid-March.

The green light also comes off the back of a weekend that threatened to blow plans of a restart off course. First, Cologne midfielder Birger Verstraete voiced concerns on Belgian TV, only to backtrack on them. Then, on Monday, Hertha Berlin’s Salomon Kalou streamed a live video on Facebook that revealed players fist-bumping and social distancing rules not being observed.

The DFL announced on Monday that the first wave of testing had been completed, with 10 cases confirmed from approximately 1,700 tests. After a member of staff at second-division side Erzgebirge Aue tested positive for the coronavirus, the club put its entire squad in home isolation.

A return is of financial importance to the league’s teams.
Approximately €300 million ($325 million) in outstanding TV revenue is at stake should the season not be completed, according to German reports.The DFL did ensure the liquidity of its 36 clubs until the end of June by reaching a deal with media partners over the final TV payment, but those funds are contingent on the completion of the season.

Some Bundesliga fan groups though, are opposed to a return behind closed doors and see this as an opportunity for change.

The Bundesliga has not held a match since March 12 due to the coronavirus pandemic. Nine matchdays remain in both of Germany’s top two divisions.

At least six young footballers have died in a car accident in Ghana, according to the football association. The incident occurred at Offinso in the...
Read more
Sports

Lamine Diack, the ex-head of athletics' governing body, has been jailed after being found guilty of corruption. The Senegalese, 87, faced corruption and money-laundering charges...
Read more
Sports

Lionel Messi says he will stay at Barcelona

Barcelona's all-time leading goalscorer Lionel Messi says he is staying because it is "impossible" for any team to pay his release clause and he...
Read more
- Advertisement -

A lonely gran who claims she was conned out of £18,000 by her Ghanaian toyboy lover and accused of BEATING him has warned other woman not...
Read more
Health & Environment