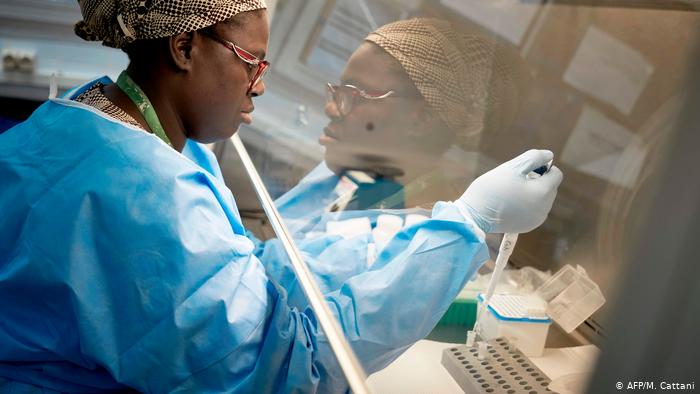 The World Health Organization is warning Africa against relaxing its testing efforts on Covid-19.

Despite Africa’s case count still low compared to other continents, the WHO says that could be the case due to limited testing in some African countries.

Many African countries either do not have enough testing kits or are not testing enough to reveal the actual scope of the pandemic.

According to the WHO although Africa has so far been spared the worst impact of the coronavirus, the continent could face a “silent epidemic” if testing is not prioritized.

“My first point for Africa, my first concern, is that a lack of testing is leading to a silent epidemic in Africa. So we must continue to push leaders to prioritise testing,” WHO special envoy Samba Sow told a news conference on Monday.

Grateful to @MoetiTshidi, Reg. Director @WHOAFRO, & my #COVID19 Special Envoys, Samba Sow & @JNkengasong, @AfricaCDC for joining today’s media briefing. Also thanks to @WHO country offices for their key role in partnering with nations to keep Africa safe! Together! pic.twitter.com/QItHITfrOz

While some believe Africa isn’t testing enough, there are other schools of thoughts that showed that may be Africa’s young populations could be doing the magic.

The continent’s young population has largely been attributed as one potential explanation for the low relatively number of deaths.

According to the United Nations data, the ten youngest populations in the world are all from Africa.

Such young populations according to scientists most often do not have co-morbidities that proved to be Covid-19 boosters.

In medicine, comorbidity is the presence of one or more additional conditions co-occurring with a primary condition.

For most of the deaths recorded from Covid-19, many of the victims have more than one underlining health conditions that allow for the virus to cause havoc.

Special care is being given to patients with comorbidities and underlying conditions who get infected with SARS-CoV-2 across the world.

So although the continent could have a surge in cases in the coming months if containment measures fail, deaths could also be low compared to other continents, may be because it has a younger population.