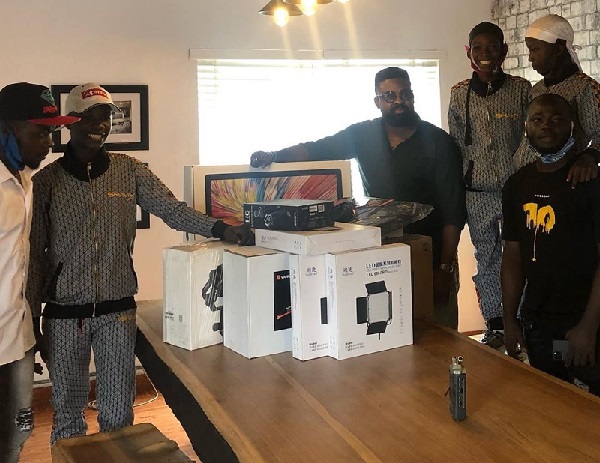 A group of young Nigerian filmmakers who are known for spoofing famous movie scenes have received some movie making gadgets from Netflix.

The group, Ikorodu Bois has been praised for recreating scenes from many movies, that are hilarious.

A recent invitation was given to the group members to travel to Hollywood after Hollywood actor Chris Hemsworth praised them for the remake of the Netflix film the Extraction.

The young filmmakers were elated to have received the invitation to the next edition of the movie.

They were equally excited when they received the movie making gadgets from Netflix as well on Wednesday.

The group uses homemade objects and local communities for its movie scenes, spoofing all kinds of productions from music videos, TV series, and Hollywood film trailers.

Members of the group include brothers Muiz and Malik Sanni, and their cousin Fawas Aina, who are all under the age of 16.

They’re managed by Muiz and Malik’s 23-year-old brother, Babatunde, who also directs and edits the films.