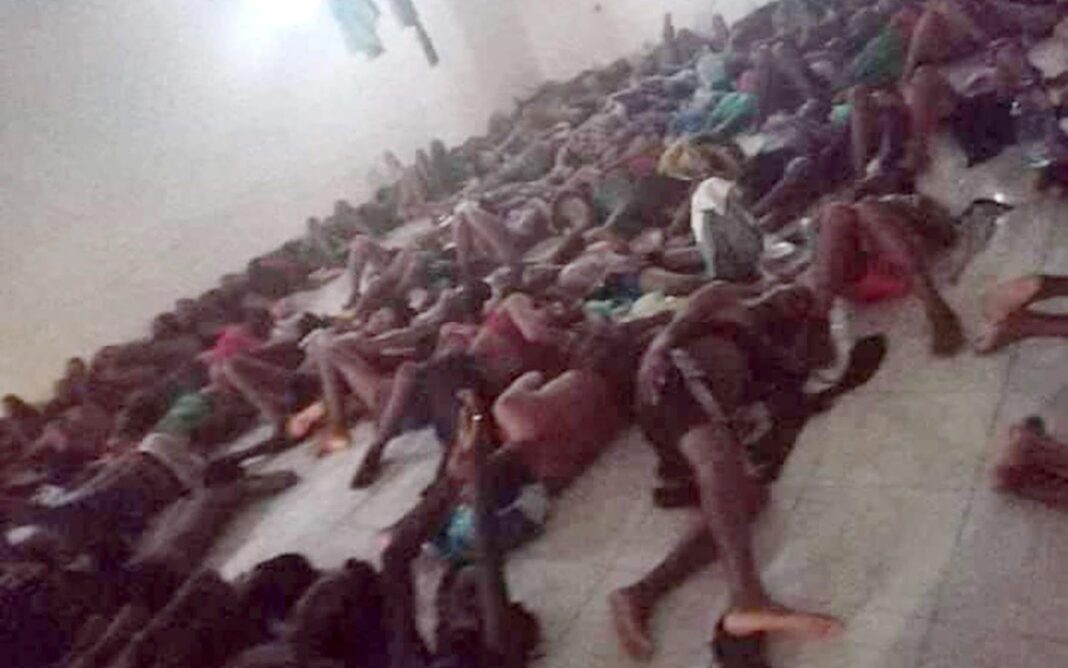 Thousands of African migrants are languishing in dehumanizing conditions in COVID-19 detention centres in Saudi Arabia.

The Sunday Telegraph has published graphic images sent to the newspaper by migrants mostly Ethiopians being held at the detention centres.

Some of the emaciated men who have been crippled by the Arabian heat were seen lying shirtless in tightly packed rows in small rooms with barred windows.

Many of the migrants who have been detained since April do not have enough food and water to survive.

One photo shows what the migrants say is the corpse of a migrant who died of heatstroke swathed in a purple and white blanket in their midst.

Another image, too graphic to publish, shows a young African man hanged from a window grate in an internal tiled wall after he reportedly committed suicide.

The migrants, several displaying scars on their backs, claim they are beaten by guards who hurl racial abuse at them.

“It’s hell in here. We are treated like animals and beaten every day,” said Abebe, an Ethiopian who has been held at one of the centres for more than four months” one of them told the Sunday Telegraph.

“If I see that there is no escape, I will take my own life. Others have already,” he added via an intermediary who was able to communicate on a smuggled phone,” said another.