Zambian activists seek clarity on prison vote ahead of 2021 elections 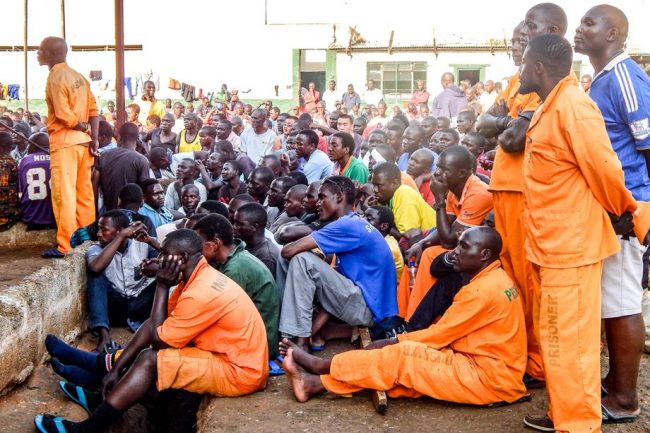 The month of October in Zambia, has been characterized by a host of electoral issues, pertaining to the 2021 General elections.

The first ever prison vote is one that has been a source of serious concern, with some opposition parties and members of the Civil Society  having expressed frustration at the Electoral Commission of Zambia (ECZ)’s lack of clarity regarding conducting  campaigns in prison, ahead of the said elections.

The worry has been that the ruling party would have undue advantage because opposition parties may not be allowed to campaign in prison.

How The Prison Vote Came About

Prison voting came about, early this year, after the constitutional court ordered the government and the ECZ, to allow inmates to start voting, after the Prison Care and Counselling Association successfully sued the Attorney General in the Constitutional Court.

The court held that prisoners’ right to vote should be upheld, and the commission in fulfilling the ruling was required to undertake prisoners voting for the 2021 general elections.

Recently, the country’s vice president, Inonge Wina, failed to say how the campaigns and monitoring of the 2021 elections in prison, would be conducted to ensure that both the ruling and opposition parties had equal access.

She indicated that the law was being reviewed to incorporate political activities at correctional facilities, but could not explain the modalities that were put in place to facilitate the participation of inmates.

Wina, however hinted that there was a possibility that political parties would not be allowed to enter the facilities in question.

“Once the law is amended, it will spell out the rules and regulations that will govern and operationalise the election system with regard to voting by inmates. For now, the PF and other political parties have not been engaged to inform us on how to go about this situation.

I believe when these measures have been considered and finalised, the modalities will be given to the relevant political parties, so that they can start their work in the prisons or we may not be allowed to go in those centres. We do not know yet”, she stated.

But opposition parties, such as the United Party for National Development (UPND) felt that the ECZ ignored major stakeholders in the electoral process in coming up with a decision to allow  prisoners to vote in the 2021 elections, without a clear roadmap  on how political players would conduct their campaigns in prisons.

They wondered how the ECZ would ensure free, fair and credible 2021 elections if the opposition political parties were not allowed to campaign in prisons, how the opposition would monitor their votes if their polling agents would not be allowed inside the prisons or/and if the Commissioner-General of the Zambia Correctional Services is given specific instructions by the appointing authority, the President.

The Technical Committee on the Operationalisation of Voting Rights Among Inmates Under Lawful Custody, has since resolved that political parties must be allowed to conduct campaigns in correctional facilities.

The committee, which was set up by the government in January, this year, is comprised of representatives from the Zambia Correctional Services, Electoral Commission of Zambia, the Law Development Commission, the Zambia Police Service and Prison Care Association.

Committee member and Director of the Law Development Commission Hope Chanda, has however  advised that no donations should be made in the facilities during the campaign period and that  political parties must chose two representatives to sit on the Technical Committee.

UPND members in different parts of the country are apparently keeping a close watch on the electoral commission’s activities, to make sure there are no irregularities.

“We therefore wish to advise the ECZ to be very careful with the way they are handling concerns from stakeholders, as playing goose berry in this process may push Zambia in a furnace.

We are saying this because Zambians have placed an Eagle’s eye on ECZ and are able to connect the dots in unclear moves”, says Chrispine Chambwa, a representative of the party’s media team.