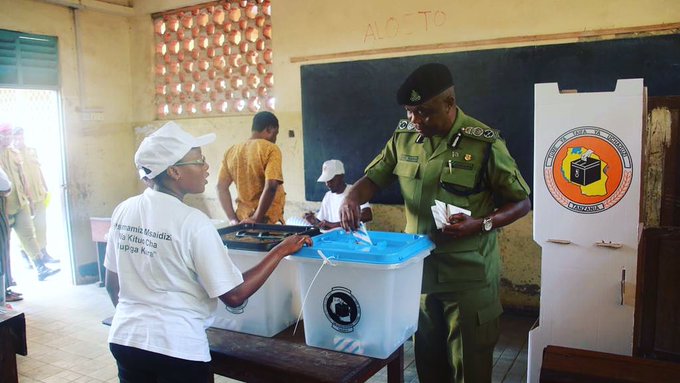 Tanzanians are voting on Wednesday in general elections as they choose a president and members of parliament.

It will be the sixth multi party general election being held in Tanzania.

More than 29 million people are registered to vote in this election which featured 15 presidential candidates including two women.

Incumbent President John Magufuli and opposition candidate Tundu Lissu from the Party for Democracy and Progress are the main contenders.

Voters will end at 16:00 local time ( 13:00 GMT) with the final results expected to be announced within one week.

President Magufuli voted at Chamwana poling station in the capital,Dodoma with his wife, the First Lady Janeth.

He said afterwards that “I would like to congratulate Tanzanians for this important day, I see the preparations have been good, my wife and I have voted. I insist we continue in peace, because there is life beyond the election.”

Residents of the semi-autonomous Indian Ocean archipelago called Zanzibar are also voting for the islands’ leaders as well as in Tanzania’s national election.

Meanwhile there have reports of disruption to the internet in Tanzania ahead of Wednesday’s vote.

Ahead of tomorrow’s election in #Tanzania, we’re seeing some blocking and throttling of Twitter. #TanzaniaDecides2020

Internet shutdowns are hugely harmful, and violate basic human rights and the principles of the #OpenInternet #KeepItOn https://t.co/Q2SJfsFUiD