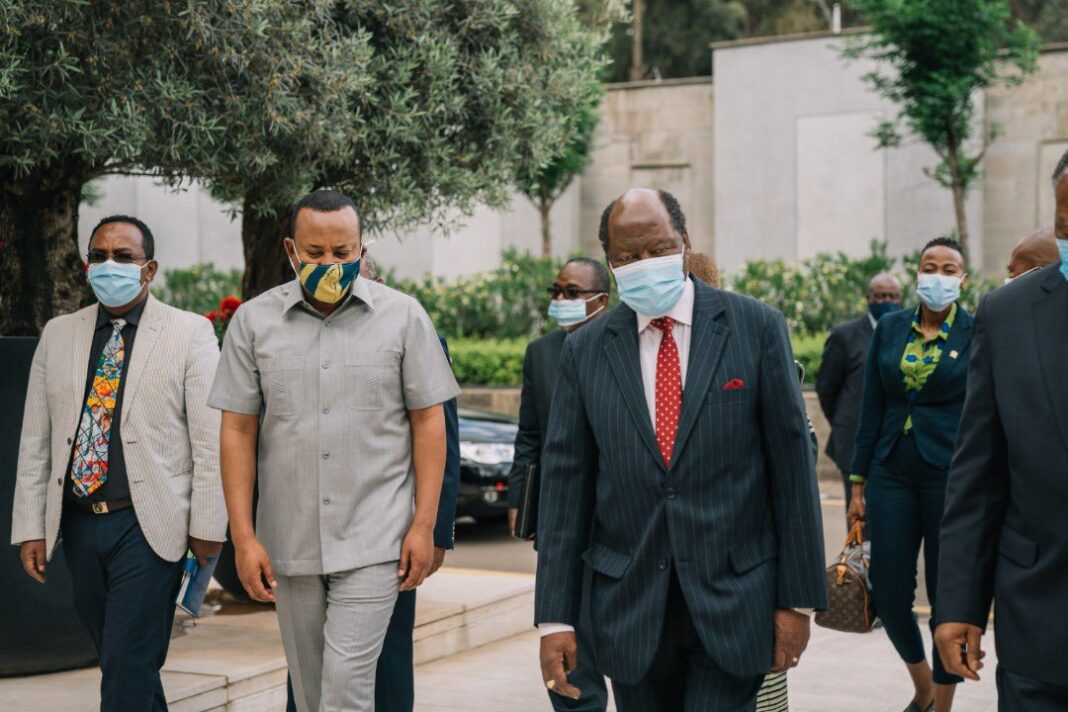 The envoys have been to Addis Ababa hoping to mediate between Ahmed’s government and the Tigray People’s Liberation Front (TPLF) as conflict surges.

The Ethiopian Prime Minister earlier rejected what he called international interference in resolving the crisis in the Tigray region.

Ahmed in a statement said the international community should “standby until the government of Ethiopia submits its request for assistance”.

UN Secretary General António Guterres had said he was “deeply concerned” about the situation in the Tigray region.

After Friday’s meeting with three special AU envoys, Mr Abiy said in a statement that his government was seeking to ensure the protection of civilians.

The statement said the Ethiopian government was opening a humanitarian corridor, and it will welcome back Ethiopian refugees who fled into Sudan.

However, the prime minister said his government would continue its efforts against what it calls the “TPLF clique”.

The AU envoys – ex-presidents Joaquim Chissano of Mozambique, Ellen Johnson Sirleaf of Liberia and Kgalema Motlanthe of South Africa are however not allowed to travel to Tigray, the government has already said.

“The federal government once again expresses its gratitude to President Cyril Rampahosa and the esteemed African elders and Special Envoys that imparted their wisdom, insights and readiness to support in any way they are needed.”#PMOEthiopia https://t.co/T1hfcECefl pic.twitter.com/xNobrRETJX