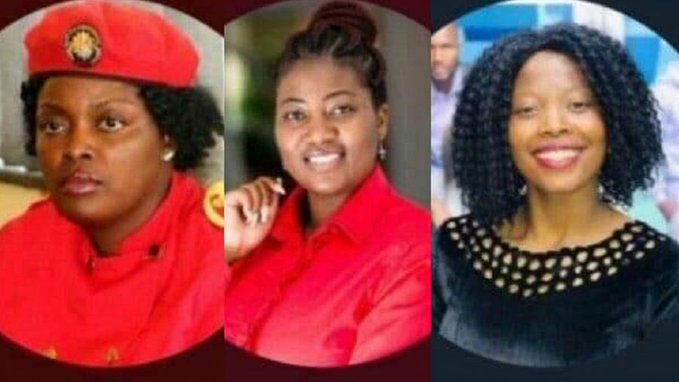 Police said the trio was arrested on Monday after holding a demonstration outside a government building in the capital, Harare.

They are also accused of using abusive and obscene language against police officers.

In a statement, the Zimbabwean police confirmed the arrest of Joanna Mamombe [MP], Netsai Marova and Cecilia Chimbiri in Harare after a flash demonstration outside the New Government Complex.

“The trio who were in a Toyota Fortuner without number plates followed a police vehicle with officers who had attended the scene and used abusive language on the officers thus leading to their arrest,” said the statement.

In a tweet, the Movement for Democratic Change (MDC )has tweeted that the arrest was an escalation of the government’s “war of attrition against opposition activists”.

In June last year, the three, all members of the Movement for Democratic Change (MDC) were arrested for allegedly lying about being tortured in custody.

They alleged state agents abducted them from the police, beat and sexually assaulted them and forced them to drink each other’s urine.

The UN called for prosecution of the perpetrators although the police denied the accusations.

Here are the 100 Most Influential Young Africans for 2020