Tanzania’s PM says president is in his office working hard 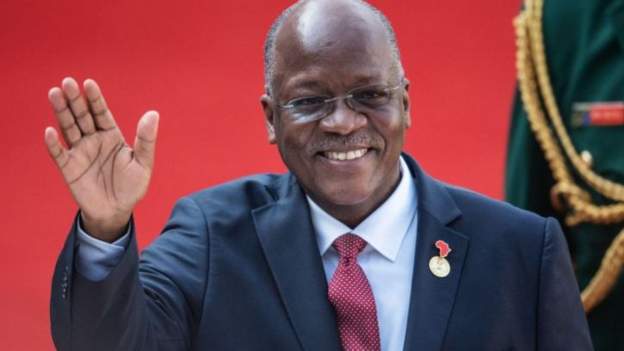 Tanzania’s Prime Minister, Kassim Majaliwa has said that the country’s President John Magufuli is in the country and working hard in his office.

He was reacting to media reports of Mr. Magufuli contracting Covid-19 and receiving medical treatment abroad.

President Magufuli hasn’t been seen in public for weeks, an unusual posturing of the Tanzanian leader who is very outspoken.

“Tanzanians be calm, your president is there, in good health, he is working,” Prime Minister Kassim Majaliwa said.

He was speaking at Friday prayers at the main mosque in Njombe town in southern Tanzania.

The Prime minister said “[President Magufuli] has loads of files. Now when he stays there [in his office] going through documents,” Mr Kajaliwa said.

“You say: ‘He is ill, let him appear.’ Following your own schedule or according to his work plan?

“The president has his own work schedule and can’t appear under your directions,” he added.

The government has been accused of downplaying the impact of coronavirus in the East African nation.

On Thursday Tanzania’s President John Magufuli was reported to have been flown to India for further treatment for Covid-19, the country’s main opposition leader has said.

John Magufuli this week was said to be on admission at a Kenyan hospital undergoing medical treatment for Covid-19.

Opposition leader Tundu Lissu who said Magufuli had coronavirus and a cardiac arrest has also revealed that the Tanzanian leader has now been flown from Kenya to India.

He insisted that Mr. Magufuli is in a serious condition due to the Covid-19, a disease the president has denied existed.

Tundu Lissu lost last year’s presidential election to President Magufuli and has been on a campaign for the government to come public on the whereabouts of the President.

Without giving any evidence, Lissu wrote on Twitter that “Latest update from Nairobi: The Man Who Declared Victory Over Corona “was transferred to India this afternoon.”

Kenyans don’t want the embarrassment “if the worst happens in Kenya.” His COVID denialism in tatters, his prayer-over-science folly has turned into a deadly boomerang!”

Latest update from Nairobi: The Man Who Declared Victory Over Corona “was transferred to India this afternoon.” Kenyans don’t want the embarrassment “if the worst happens in Kenya.” His COVID denialism in tatters, his prayer-over-science folly has turned into a deadly boomerang! pic.twitter.com/DyXYYbIvdd

The 61-year-old president of Tanzania has refused to accept the fact that Covid-19 is real and deadly, in order to protect his citizens.

Instead of following science, he didn’t encourage the adherence to safety protocols, urging people to pray and consider the virus devilish.

Man catches Fish worth $2.6 mln but eats it with villagers