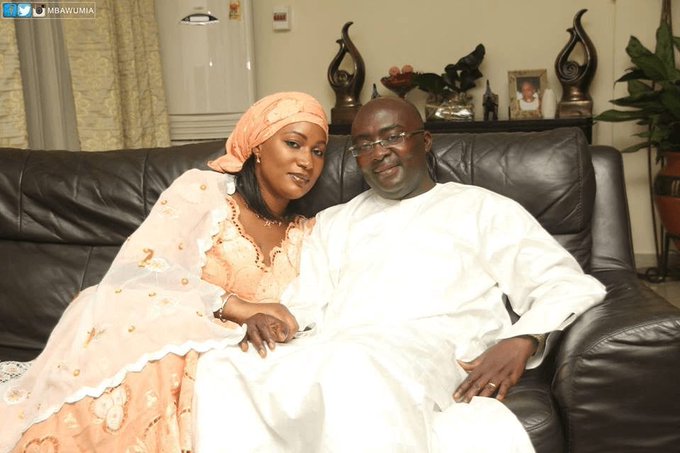 There have been several reports of the vice president, who is a Muslim having a second wife called Ramatu but refusing to make her public.

The only publicly known wife of the vice president is Samira Bawumia but this year rumours became rife that he was hiding his second wife.

On January 7, 2020 the Speaker of Ghana’s Parliament, Alban Bagbin mistakenly mentioned the wife of the vice president as Ramatu Bawumia during the swearing in of President Akufo-Addo.

Mr. Bagbin quickly corrected it and mentioned the wife of the Vice President as Samira Bawumia.

But rumours since then have been rife that the vice president had a second wife called Ramatu.

After realising the mistake, Mr. Bagbin corrected the wrong impression he had created.

It added that the vice president has “only one wife, his dear Samira Bawumia and they have been married for 17 years even though his religion permits him to marry up to four wives”.

“We ask the public to ignore the propaganda and deliberate falsehood,” the statement added.

Ghana’s vice president @MBawumia says he has only one wife in the person of @SBawumia. He says he doesn’t have any other wife called “Ramatu”. pic.twitter.com/J9ZaK5XdUO