Gambia qualify for AFCON for the first time in 56 years 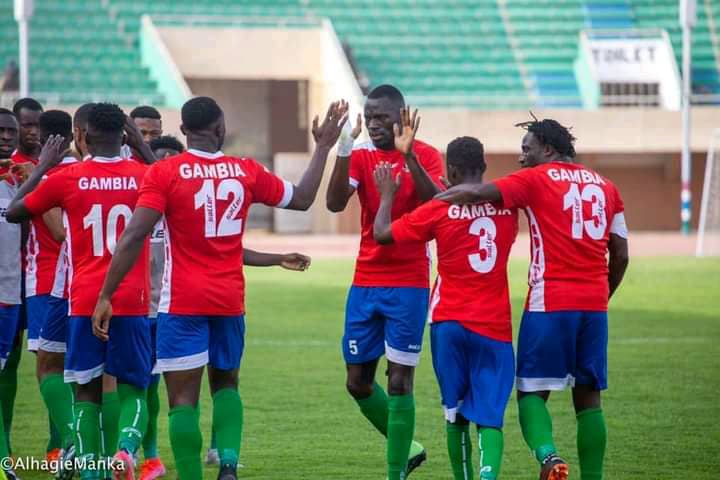 The scorpions of the Gambia have qualified for the Africa Cup of Nations for the first time since the country became independent in 1965.

Zurich FC lethal forward Assan Ceesay’s 62nd minute goal was enough to secure the Scorpions a ticket to the next championship in Cameroon in 2022 with a game to spare.

Pierre-Emerick Aubameyang, Denis Bouanga and Aaron Boupendza scored the goals for the Panthers to ensure Gabon 3-0 victory against DR Congo in franceville in the other group D encounter.

The Gambia’s 1-0 victory against Angola in Banjul guarantees both Nation’s a qualification place in Cameroon accumulating 10 points each.

The Congolese, meanwhile, miss out for the first time since 2012, haven appeared at the last four tournaments.

He said “I am really delighted to qualify for the AFCON for the first time in the history of this country. It was a difficult journey but when I took the team two years ago I believe that we can qualify one-day.

I am proud of my boys, The GFF and my entire backroom staff and the whole country” he told reporters at a press conference.

The longest serving member of the Gambian team Captain Pa Modou Jagne was full of praise for the collective efforts of the scorpions.

The 31 year old left full back said it is a dream come true to be part of this historic landmark.

“We are really happy because all my life this is what I have been looking forward to, I am happy to be part of this great history” he said.

President Adama Barrow also took his social media platform to congratulate the Gambia scorpions for reaching it’s first major tournament in the history of the country.

“Bravo Scorpions! This is a victory for The Gambia as a whole. My government will continue to support the Scorpions and football in general because they have made everybody proud. I urge them to put in more effort and carry the AFCON victory home. They’re up to the task! I am their biggest supporter!” He wrote on his social media handle.

Ebrima Jabbie a 27 year old scorpions fan said he was excited to witness a wonderful day in his life.

“Today is the happiest day in my life, it seems like I have won a lottery, I will live to remember this historic moment in my life forever” he said.

An emotional Mariam Sanneh told Africa Feeds that she has been following Gambian football but never witnessed a spectacular day like she did at the independent stadium.

“I am really speechless to be honest with you, I have never seen myself happy like the way I am today, the boys need motivation so that we will make more history together” she said.