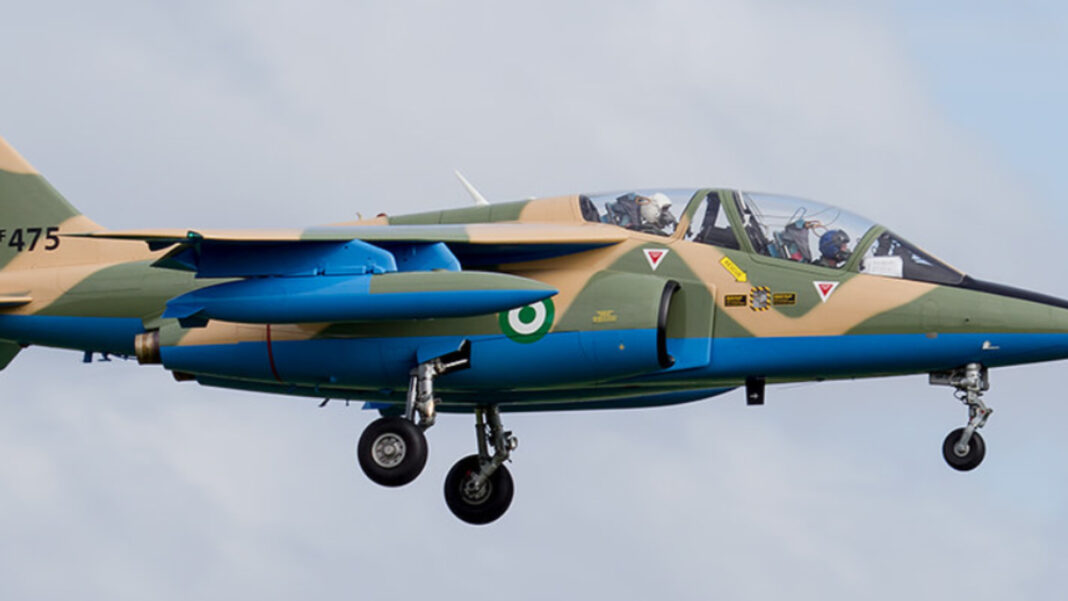 The Nigerian Air Force command on Friday said its alpha jet that went missing on Wednesday may have crashed.

The spokesperson of the Air Force, Edward Gabkwet in a statement revealed that the “Intelligence report gathered by the Nigerian Air Force (NAF) indicates that the Alpha Jet aircraft (NAF475) that went off the radar with 2 crew members on board on 31 March 2021 might have crashed.”

The Air Force has also named the pilots who were onboard the jet when it disappeared from its radar.

The alpha jet was carrying out a mission against Boko Haram terrorists in Borno State at the time of going off the radar.

The statement also noted that “Extensive search and rescue efforts are still ongoing by NAF surveillance aircraft as well as NAF Special Forces and Nigerian Army troops on the ground.

“At this point, the NAF is not ruling out anything regarding the incident. It however remains hopeful that the crew would soon be found and rescued.”

No survivors as Nigeria’s Military aircraft crashes in Abuja