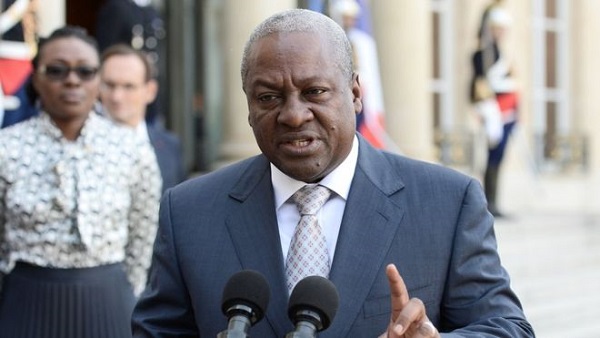 Former Ghanaian President John Mahama has withdrawn his acceptance as a special African Union (AU) envoy to mediate talks over the political crisis in Somalia.

In a statement, Mr. Mahama attributed his decision to the lack of support by the Somali federal government.

He said the proposed assignment required that he “enjoy the unalloyed support and co-operation of all political stakeholders”.

On May 7, the AU appointed Mr Mahama as its special representative to Somalia.

But the Somali government formally rejected Mr. Mahama’s appointment, citing his “extensive links” with Kenya, saying it was important for such a person to be seen as impartial.

Relations between the two countries have been frayed in recent years, with Somalia accusing Kenya of meddling in its domestic political affairs – which Kenya denies.

A long-running maritime border dispute has also strained the relationship between the two countries.

Meanwhile Somalia has witnessed heightened tension in recent weeks after the incumbent president decided to approve an extension to his tenure in office by two years.

President Mohamed Abdullahi Mohamed’s move sparked anger resulting in clashes between his supporters and some of his critics.

Soldiers loyal to his government and those opposed to him clashed last month in the capital, Mogadishu.

The spark of violence signaled the dire political crisis in Somalia which could further degenerate.

Why AU special envoy John Mahama was rejected by Somalia