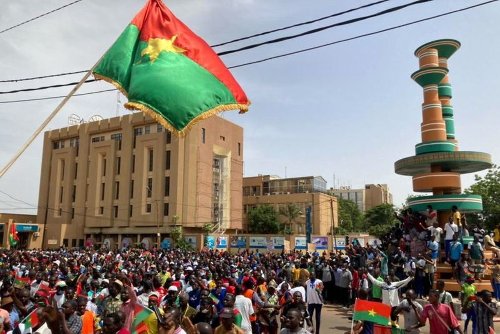 Thousands of people poured onto the streets of Burkina Faso, demanding an end to the wave of killings in the West African country.

It follows last month’s massacre that killed more than 130 people.

The protest organized by the opposition in the capital, Ouagadougou, saw protesters waving the red and green Burkinabe flag and blowing whistles.

“We had to show our dissatisfaction, show the distress of citizens who are crying out for security and peace,” said opposition supporter Alpha Yago on the side-lines of the protest.

One protester held a placard with a photo of flag-draped coffins and the slogan: “Mr President, have the courage to decide. We are fed up!”

It was the first march organised by opposition and civil society groups since President Roch Marc Christian Kabore was re-elected last year.

Kabore had asked the organisers to postpone the march. But opposition leader Eddie Komboigo welcomed “a huge mobilisation across the country despite government calls for a boycott”.

Armed groups linked to al-Qaeda and ISIL (ISIS) originally based in neighbouring Mali have embedded themselves across the north and east of the country, launching regular attacks on civilians.