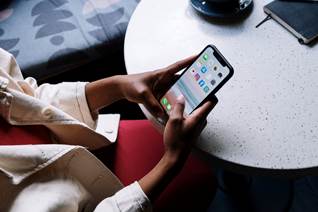 Finance Minister Tito Mboweni recently said that communities and businesses are becoming increasingly intolerant of municipalities that can neither deliver basic services nor conduct their administration effectively.

With lack of employee capacity being one of the root causes of poor service delivery, Kyle Oosthuizen, Chief Operating Officer at Blue Robot, believes that chatbots could be a solution.

Anyone who has ever had to apply for anything from a municipal or government department such as a driver’s licence, grant or permit, would know how tedious it is to have to manually fill out forms, especially with some applications requiring duplicates.

Chatbots could be used to help complete these forms from the comfort of one’s home as well as to schedule an appointment should it be necessary to appear at the department in-person which could help to reduce lengthy waits in queues.

“Additionally, municipalities receive thousands of repetitive calls and emails every day. Chatbots can be built to handle these queries. If there are only 10 people manning a call centre, they can only help 10 people at a time whereas a chatbot can help thousands simultaneously.

Think about load-shedding. Currently, you have to phone a number and wait in the queue just to ask a person to check on the computer what’s happening in your area. If you could go on WhatsApp and send your live location to the bot, it could tell you right away. If it’s on a computer, the system already exists, it just has to be connected to a chatbot. Using chatbots is not about replacing people but rather freeing them up to focus on more important matters.”

Chatbots are being deployed by government entities in the United States and Europe to enable the public to pay taxes or bills; raise and track the status of requests 24 hours a day, seven days a week from their preferred device; get medical advice from the chatbot based on symptoms; and make complaints about civic services like potholes and water outages.

“In South Africa, the use of chatbots in government departments is in its infancy but has started with motorists now being able to renew their car licences over WhatsApp.

With there being 101.9 million mobile subscribers in South Africa – which is almost double the current population -municipalities and government should consider this and harness the power of chatbots to ease service delivery woes and take the country into the future,” concludes Oosthuizen.