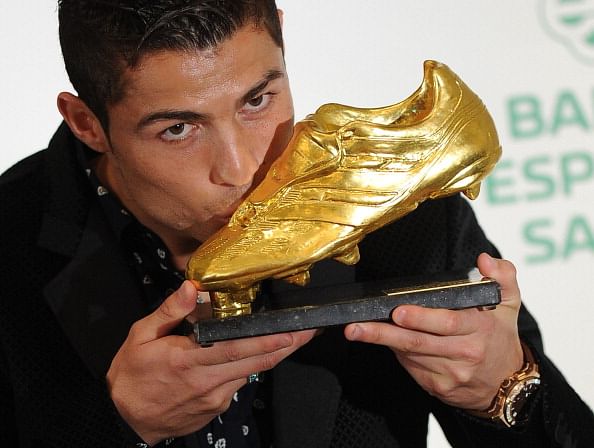 Cristiano Ronaldo has only been in the Premier League for two games since making his sensational return to Manchester United, however, he’s already only one goal behind the leading goalscorers.

Indeed, Ronaldo’s tally of three is only bettered by teammate Bruno Fernandes, Liverpool’s Mohamed Salah, and West Ham’s Michail Antonio. Crucially, Fernandes and Salah have played in five games while Antonio has appeared in four.

What do these early statistics tell us? In essence, it’s unequivocal proof that the Portuguese superstar still has what it takes to top the goal-scoring charts at the end of the season.

The bookmakers share this view, as the latest Premier League outright betting odds have Ronaldo priced at a mere 2/1 to win the 2021/2022 Golden Boot. Those odds make him the odds-on favorite with only Romelu Lukaku at 12/5 and Salah at 5/1 likely to challenge him.

Having been so heavily tipped to do so, the question has to be: why is everyone so convinced that he will score the goals to make this a reality? It’s a good question considering that Ronaldo is now 36 years old and far from the player he was when he left Manchester United in the summer of 2009.

That doesn’t mean he’s any less effective, rather, he’s reinvented himself in order to keep playing at the highest level. So instead of being an unstoppable winger, Ronaldo has taken up a position as a striker that leads the attack. If anything, this has probably made him more effective, given that he utilizes the space in the opposition’s box to devastating effect.

Indeed, Ronaldo’s three goals so far tell a revealing story of his ability to be in the right place at the right time, and however cliche it may come across, you simply can’t teach that.

Ronaldo’s anticipation must be a nightmare for goalkeepers as every spilled shot will be pounced on by a player who never turns his back on the action. It truly is a sight to behold and we should cherish the way Ronaldo lurks around the box, always staying one step ahead of his opponents.

It’s this revered sixth sense that has made him one of the all-time greats and perhaps could be the difference in helping Manchester United to become Premier League champions. On current modeling, Ronaldo is predicted to go well past the 30-goal mark this season.

You could, if you want, argue that it’s still early days in the campaign, but that would be disregarding everything that this phenomenal talent has done over the course of his career. In other words, you don’t fill Ronaldo’s goal-scoring exploits under the flash in the pan section but rather, timeless perfection.

Furthermore, Ronaldo arrives in England on the back of winning the Golden Boot in Serie A after netting 29 times for Juventus during the 2020/2021 season.

With this in mind, everything suggests that Ronaldo will hit those types of numbers again this season before eventually going on to claim the Premier League’s Golden Boot award.