Has digital killed the radio star? 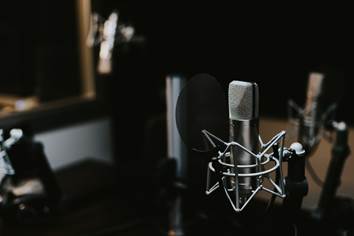 Did you know that the first radio commercial aired in the USA on 28 August 1922? Now, close to 100 years later, brands are still reaching audiences via this medium.  Digital audio has disrupted the space with a richer, immersive experience.

Carla Harrison, Spotify Sales Manager at Ad Dynamo – Africa’s leading media sales house (and Spotify’s exclusive ad sales partner in Africa) – says, “If you think about sound, it’s a sensory experience that impacts your mood and mindset. Brands are now considering this in terms of how and when they target users.”

She continues: “Radio remains a popular medium for users, with South African listenership increasing by 11% year-on-year[1].

Brands would be wise to keep radio in their arsenal along with digital audio to ensure 100% share of voice, particularly with radio listenership peaking in the morning amongst 65% of 18 to 49 year olds. Streaming, on the other hand, builds momentum through the day, with South African users streaming for about 2,5 hours daily.

The reason for this is because streaming forms part of screenless moments. Users are able to tune into a podcast whilst walking or listen to their favourite music as they cook. This gives brands an incredible opportunity to tap into key moments when users aren’t active on their phones.”

Looking to the future, she notes the meteoric rise of podcasts, with brands now starting to do their own podcast series.

“This is not surprising, seeing that 43% of South Africa’s online population has listened to a podcast in the last month[2] and that the number of podcast listeners is growing exponentially, with 2020 seeing a massive uptick both locally and globally. Most notably, there was a 50% increase in South African podcast listeners.”

Harrison shares that 3D audio is also on the rise. “This is especially relevant to brands, given that 80% of Spotify users are streaming with headphones. With 3D audio, not only does the audience hear the sound or the ads, but it provokes certain emotions too.

This is known as synaesthesia, which means you actually begin to feel or taste certain things. Take Coca-Cola for example; if you hear that can opening, you can almost taste the bubbles in your mouth.

Brands don’t necessarily want to go a hard sell route anymore; they want to engage their audience by making them feel a certain way. 3D audio has that ability and is elevating audio advertising to the next level.”

It is predicted that by 2030, Africa will be home to 1.7 billion people, whose combined consumer and business spending will total $6.7 trillion[3]. It’s no surprise then that brands are increasingly eyeing the continent. With this in mind, music streaming services like Spotify have recently expanded their African footprint.

“Spotify is now available in 40 more countries, including Ghana, Kenya, Nigeria, Tanzania, and Uganda, following its initial entry into the continent via South Africa, Morocco, Egypt, Algeria, and Tunisia in 2018 and Ad Dynamo is its local advertising sales partner. When Spotify was founded by Daniel Ek in 2006, his mission and vision was to make music accessible to anyone, anywhere.

He also wanted to give artists a platform where they could upload their music and expose it to the world. Now, Spotify is bringing music to places in Africa that wouldn’t have been able to access it previously. Brands are seeing the value in this, by collaborating with local artists to create content that’s relevant to their audience. In addition to podcasts, brands are creating their own playlists to create awareness and a musical identity in the market.”

Alex Norström, Chief Freemium Business Officer of Spotify, says: “Launching in new markets like this is a key next step to fulfilling our ongoing commitment to building a truly borderless audio ecosystem.”

Harrison concludes by saying: “With these and other advances in digital audio, brands will soon be able to access every digitally connected user in Africa and the world in ways that stimulate their senses and engage their emotions.”

For more information, go to https://www.addynamo.com