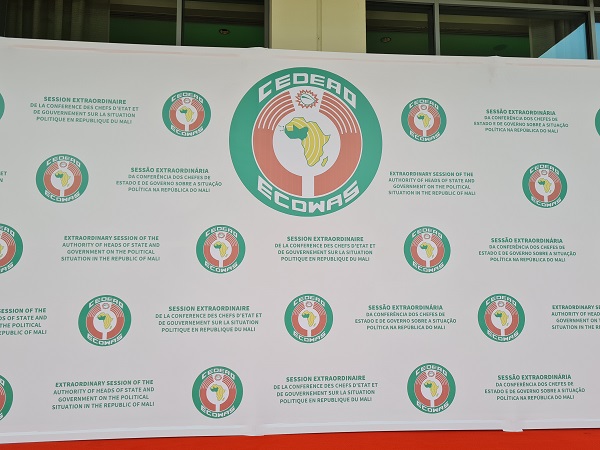 ECOWAS leaders are meeting in Ghana’s capital, Accra to discuss the political situation in Mali, after the ruling military junta there said it cannot hold elections next month.

A transition team led by the military has been ruling the country since then and was given a deadline of February 2022 to hold fresh elections.

But the military junta headed by current President Assimi Goita has now proposed holding elections only in five years time – 2026.

The transitional government said the delay in holding elections is due to state of insecurity in Mali, making it impossible to hold elections this year.

#Ecowas leaders meet in Ghana’s capital, Accra over the political situation in #Mali. The military junta now wants to be in power until 2026 to carry out a transition to civilian rule. It says the state of insecurity in Mali makes it difficult to hold elections next month. pic.twitter.com/i5URKDquXI

Islamist militants have been wrecking havoc in Mali and the situation has now been compounded by the withdrawal of French troops from parts of the country.

A coalition of major political parties in Mali has already released a letter rejecting the five-year plan by the soldiers.

The spokesperson for the coalition, Amadou Koita, said that the grouping is calling on current military leaders to respect the transition charter.

“Those who want to be in power should be candidates and submit to the will of the people. We are a democracy, we are in a country where we have rights, we are a republic. Let’s respect the law,” Koita is quoted by VOA as saying.

The military leaders are already under sanctions from ECOWAS but are unperturbed refusing to comply with deadlines given them.

Former Nigerian president Goodluck Jonathan – who heads a delegation of Ecowas mediators in Mali met with Interim President Goita on the issue.

Jonathan had said that an extension to the transitional deadline would not be acceptable.

The summit in Accra is expected to discuss the new timetable provided by Mali’s military leaders amid reports of possible sanctions or postponement to earlier timetable.