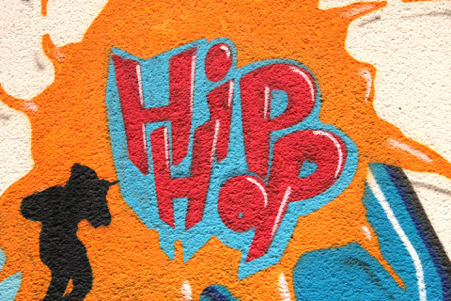 Although in other parts of the world, tecno musicians from Nigeria are also considered great hip hop artists and have influenced hip hop in specific ways.

Rap originated from early Griot traditions; in the past, historians and praise singers told stories to the rhythm of a drum or beat. In the Caribbean, folk artists would tell stories by rhyming, laying the foundation for rap music, which is what we know today as rap.

Rap music became a form of popular music; it’s commercial, and rap artists today sell millions of records yearly; some are among the best musicians. Hip-hop fans argue which is the best rapper but cannot dispute the highest-selling rapper. Here’s a list below based on music data:

Nicki Minaj’s birth name is Onika Tanya Maraj; she hails from Trinidad and Tobago, having migrated to the USA early. She signed to Young Money in 2009, and her debut album with the label sold over a million copies. Aside from music, she has featured in films like the Ice Age.

Nicki Minaj is a famous female rapper globally; she’s often cited as the queen of rap music. Nicki Minja has sold over a million records worldwide, having won numerous awards like BET Awards, Billboard Music Awards and MTV awards; she also has over 10 Grammy nominations.

Lil Wayne is an American rapper born on September 27, 1982. He is one of the most influential rappers of his generation. He’s sold over 100 million records globally. He’s known for making Drake and Nicki Miina popular.

Also known as Marshall Bruce Mathers III, he’s an American rapper, record producer and singer; Eminem is often credited for making hip hop popular in America. Eminem is the highest-selling rapper of all time and is often regarded as one of the best rappers.

He has sold over 180 million albums and singles and was the best selling artist in the 2000s.

Kanye West is also known as Ye; Ye is an American rapper and producer; is an influential hip hop artist. He first gained recognition as a record producer and produced many hip-hop music hits. He has sold over 90 million records worldwide.

He has released over five number one albums; his first studio album was a commercial success and sold over 3 million copies worldwide. He is the founder of GOOD Music and Imprint of Def Jam.

Aubrey Drake Graham is known professionally as Drake and is one of the best selling rap artists. He has sold 190 million records. He has released four number one albums, and his debut album, Young Money, sold over a million copies.

Although, in all honesty, hip hop is the most significant music genre. It has many successful artists, artists like Jay Z and Tupac are also considered great hip hop artists and have sold millions of records worldwide.