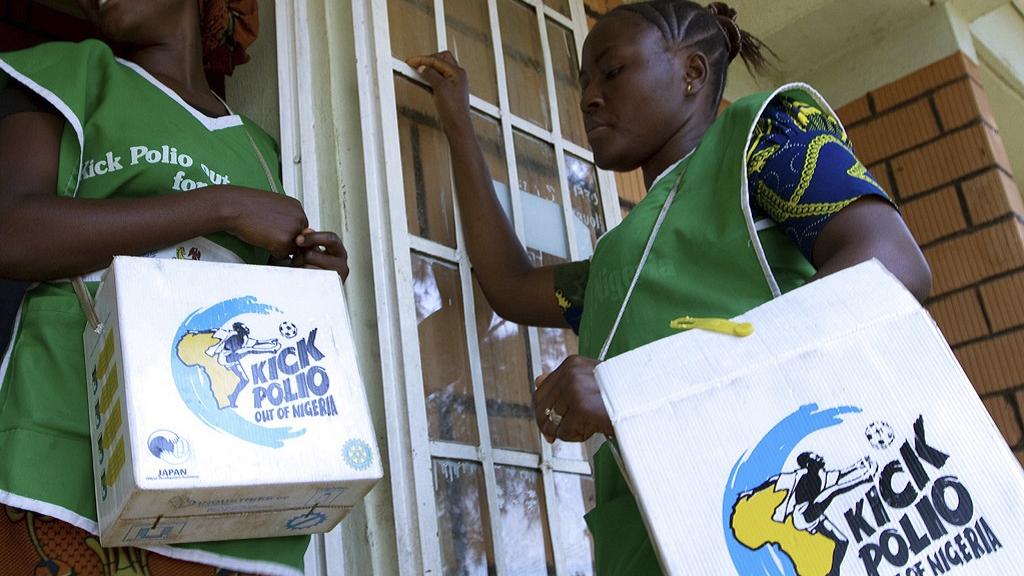 Every October 24 is marked as ‘World Polio Day’ by the World Health Organization (WHO) and its allied agencies in the fight against the disease.

Africa’s most populous nation, Nigeria, still remains the only African country that still has record of the polio virus reported within its territory. The other two countries with the virus are Pakistan and Afghanistan.

The WHO has affirmed that despite a 99.9% reduction of polio spread between 1988 and 2016, they were committed to ensuring that polio is totally wiped off the planet. According to the UN, 27 children have been paralysed for life by polio in 2016.

Nigeria in August this year reported two fresh cases of polio in the country’s northeast. The new cases came a week after they celebrated two years without the childhood killer disease.

A statement from the Federal Ministry of Health, confirmed the outbreak of the wild polio virus (WPV) in two children from the Gwoza and Jere Local Government Areas (LGA) of Borno state in the northeast.

According to the press release, the discovery and confirmation of the latest outbreak was as a result of heightened surveillance due to improved accessibility made possible by the Army’s liberation of communities in the Boko Haram ravaged part of the country.

Poliomyelitis is an infectious disease that affects mainly children and causes paralysis of the limbs. Nigeria reported more than half the world’s cases in 2012 creating a lot of panic which prompted swift response.

Polio is preventable by administering the polio vaccine over a period of time. The disease is spread from person to person through ingesting fecal matter or food and water containing the fecal matter.

In up to 70% of polio infections, there are no symptoms but gradual development of muscle weakness leading to paralysis.

Nigeria after the latest reported cases initiated an immunization drive for one million children. Before Nigeria’s case, the last African case of wild polio diagnosis was in the Puntland region of Somalia, on 11 August 2014.

But the continent must still stay a full year without new cases to be declared polio-free. The virus has no cure and mainly affects children under five.

In the absence of un-vaccinated hosts, the virus dies out – And that’s what experts hope will happen to the virus. Globally, only two diseases have ever been eradicated: Smallpox and rinderpest. Campaigners hope polio will be the third.