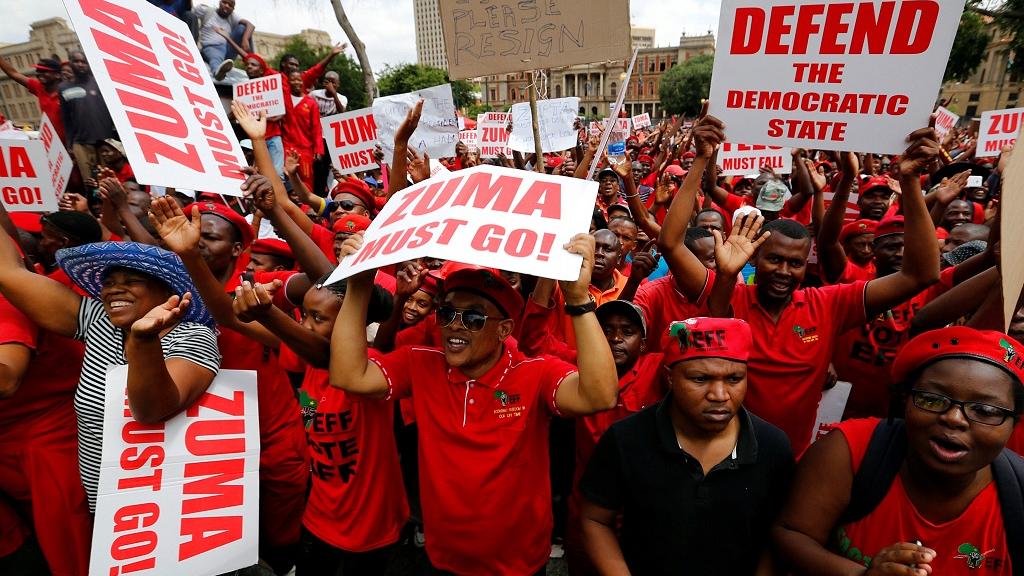 A South African judge has ruled that a report by the Public Protector, over alleged influence peddling in government must be released by 1500 GMT.

President Zuma had earlier dropped a bid to delay the release of the report.

Zuma had wanted to question witnesses himself and give evidence before any public release of the report.

The judge said the report must be released via the Public Protector’s website.

The release of the Gupta report by the Public Protector was suspended on October 14 after Zuma’s application to the High Court.

Thousands of people gathered at various points in the Pretoria, some carried “Zuma must go” placards outside the court.

The rand strengthened by more than 1 percent and bonds firmed in response to the news of the withdrawal, which analysts said was an indication the country still had strong institutions.

Wealthy brothers Ajay, Atul and Rajesh Gupta, who are close friends of Zuma and run businesses ranging from media to mining, are the subject of the report which looks at allegations that they influenced the appointment of ministers.

Zuma has denied giving the Guptas undue influence and they have denied asking for it.