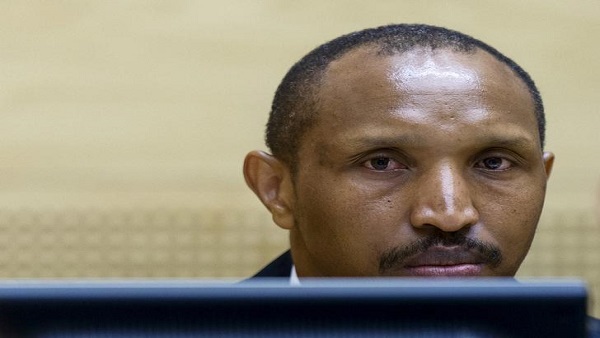 Congolese militia leader Bosco Ntaganda sits in the courtroom of the ICC (International Criminal Court) during the first day of his trial at the Hague in the Netherlands September 2, 2015. REUTERS/Michael Kooren/File Photo - RTX2OTQH

Prosecutors have accused a Congolese rebel leader on trial at the International Criminal Court of tampering with witnesses, court documents published on Thursday showed, weeks after it found a former Congolese vice president guilty of the same.

Rebel leader Bosco Ntaganda is on trial at the ICC for allegedly using child soldiers, keeping women as sex slaves and murder in the Democratic Republic of Congo between 2002 and 2003.

A probe of Ntaganda’s phone conversations while in custody in The Hague revealed his involvement “in a broad scheme to pervert the course of justice, including by coaching potential defense witnesses, obstructing prosecution investigations and interfering with prosecution witnesses,” war crimes prosecutors said in the filing.

Ntaganda went on hunger strike in September to protest restrictions on his phone calls and visitation rights.

Last month, Congolese former vice president Jean-Pierre Bemba and his defense team were found guilty of bribing 14 witnesses to lie in his favor.

Bemba is appealing his conviction and 18-year sentence for overseeing a campaign of rape and murder in Central African Republic more than a decade ago.