Ghanaian migrants shot and thrown in wells under Jammeh 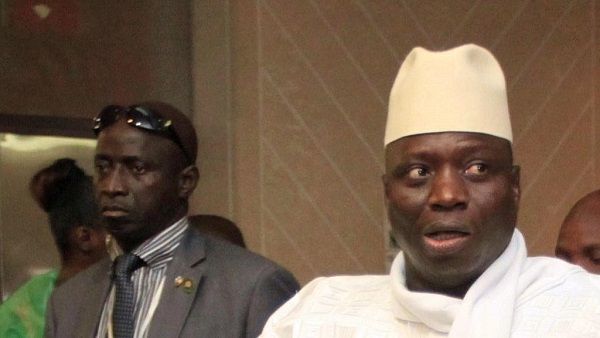 Details are now emerging about how some migrants from Ghana and other West African countries were murdered in 2005.

The atrocities happened in Gambia during the era of former leader, Yahya Jammeh who has since gone into exile in Equatorial Guinea.

Families of victims from Ghana last month launched a campaign with the support of human rights groups to seek justice and bring Jammeh to book.

These renewed calls for justice are coming on the back of fresh evidence from Human Rights Watch and Trail International that links Jammeh to the killings.

For 13 years all efforts to seek justice became difficult because Mr. Jammeh remained in power, but families of victims are hoping their stories would bring him to justice.

What has been hidden was an official confirmation from the Jammeh camp about how the migrants was killed.

Human Rights Watch has now release details of a radio interview given in 2013 to a Gambian radio station.

The interview was granted in a local dialect and translated into English for the first time.

Bai Lowe, a member of Jammeh’s infamous paramilitary “Junglers” reveals how his unit covered the migrants’ heads with cheap plastic bags, shot them and dumped them in wells across Gambia’s border with Senegal.

Here are the complete text of Bai Lowe’s remarks as translated by Human Rights Watch.

Interviewer: Right, we are still in 2000, 2004 In 2004, we heard that up to 90 Ghanaian nationals and 20 of other African nationals South Africans, Nigerians, Sierra Leoneans ….

Bai Lowe: Yes what happened, in 2005 Eve of 22nd July, yes I think that is when it was, either 22nd July or I think on the 23rd was when we got information that there were captured mercenaries in Barra who were coming to attack the Gambia. So, they were brought to the camp (Military Camp).sorry Pa. we caught them, and we took them to the NIA (National Intelligence Authority) office. From the NIA headquarters, they were scattered, generally we separated them and some taken to the house Kotu.

Interviewer: So, what happened Bai?

Bai Lowe: so then they came to pick them up, and we took them to Kanilai. Tumbul [head of the Junglers] said let the guys [Manjang and Malick ]say, ‘we are going to kill you for the interest of our nation.’ He said once the guys say that then they, the junglers, are not responsible for anything,

Interviewer: so Tumbul said for them to say “we are going to kill you in the interest of the nation”?

Bai: yes he said for them to say “we are going to kill you for the interest of our nation” if they, the junglers, say that then you know they are not responsible for the deaths, but Gambia as a nation will be responsible.

Interviewer: Which boys are you referring to, who did he say that to?

Bai: Them Manjang & Malick (or Manneh*). They have an old well in the bush, you know the old Fula wells in the bush, where they fetch water for their cows. Two guys will just bring you to the well execute you and throw you in the well paw paw. That is where I saw them use a pistol to kill people

Interviewer: So is that country inside of Gambia or Senegal?

Interviewer: Okay, thank you for making that clear Bai Lowe. I did say it on this radio before, that when Yahya Jammeh killed the Ghanians he took them and threw them in a well around Senegal, Yunoor, right by the border.

Bai: Yes, they bring them at the door of the well just shoot them there and throw them in the well.

Interviewer: So they shoot them, then throw them in the well?

Bai: Yes, they hold you and shoot you, while they already had a plastic bag over your head, the one dalasi black plastic bags, shoot you and throw you in the well.
Interviewer: How many people did they kill there in Yunoor?

Interviewer: So, they were all Ghanaians?

Interviewer: What do you mean by that?

Bai Lowe: You know my responsibility was only to drive. I don’t have access to talk to them. I just drive and park. There are individuals they kill whom I don’t even know.

Interviewer: So, it seems as they killed 40 people and buried them in that well in Cassamance?

Bai Lowe: In that particular night, but there were some who escaped but I don’t know how they escaped.

Interviewer: Did you guys try to search for those escapees?

Interviewer: What did he use to dismember his body, did he use an axe, a cutlass or what?

Bai Lowe: He has a small cutlass that belongs to him.

Interviewer: So, he used the cutlass to cut him into pieces?

Bai Lowe: Yes, he cut him into pieces. He even brags about that, that nobody has done what he did for the Gambia because he has cut more people into pieces than any soldier in the Gambian Army. He said he has more guts than the kids because the kids cannot do what he did. He has killed people, cut them up, bagged them and threw them in Santamba.

Interviewer: When he cut that person into pieces and bagged him, where did he throw him, in Santamba?

Bai Lowe: Santamba, Santamba a village after Bwiam was where he threw him.

Interviewer: Was it during that time that a dismembered corpse was found in a sack?

Bai Lowe: Yes, that was him.

Interviewer: Whom GRTS reported that he was found dead in the bush?

Bai Lowe: Yes, Yes, but the guys did not know what dismembered his body and put him in a sack. But it was my guy.

Bai Lowe: Yes, you know a lot of soldiers were telling me, up until yesterday, they were telling me not to do this. But I told them, no I cannot leave it because I have to clear my name and people should know what happened. Because if not today, tomorrow will come, that is what Bajinka used to tell us all the time.

Interviewer: Right, so now it is established that there is a well between Gambia and Senegal where; the well is in Senegal, Cassamance, that is where you buried these 40 detainees in the well. Now what happened in Brufut, because we have heard that there was one batch (of detainees) whom were captured and killed in or around Brufut?

Bai Lowe: Yes, they were thrown there in the bush.
Interviewer: So, what did the government say when they saw those dead bodies near the sea, what did they say?

Bai Lowe: No! the Government spoke to other people. We left, we have done our deed, we had nothing to do with anybody or anything.

Interviewer: So when these killings were occuring, was Yahya Jammeh aware of them?

Bai Lowe: Pa, who has the courage to kill in Gambia without Yahya Jammeh being aware of it ?