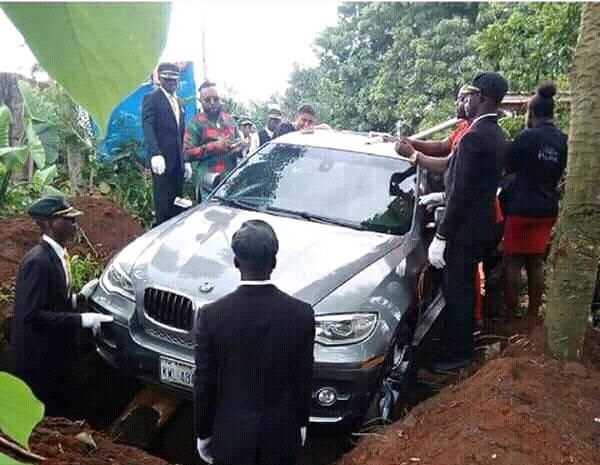 Residents of a Nigerian community are shocked by a man’s decision to bury his dead father in a brand new BMW.

The man from the Ihiala local government wants to honor his late father with the gesture.

Pictures of his action witnessed by many has gone viral on social media.

Local media, Naij reports that Azubuike preferred “a luxurious car that would be used as a coffin”.

Many Africans prefer to bury their love ones in expensive coffins to show respect and honour.

Using artistic coffins modelled in many forms such as a stool, fish and car is a practice popular in Ghana.

Burying a dead body with real car especially a brand new expensive car is however a novelty.

Some who witnessed the incident are surprised huge sums of money was spent on a car just to be buried in the ground.

There have been reactions on social media.