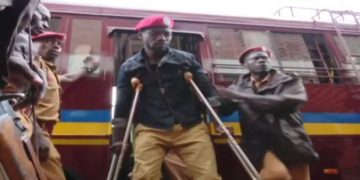 The pop star-turned MP was granted bail together with 32 others arrested for instigating an attack on President Yoweri Museveni. 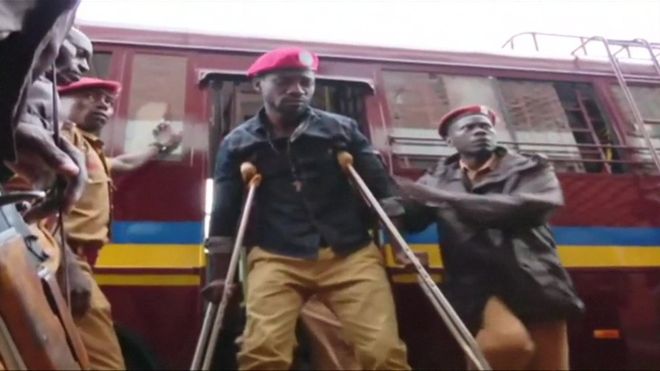 A Ugandan court on Monday freed one of the country’s most vocal lawmakers, Bobi Wine after he spent days in detention.

The pop star-turned MP was granted bail together with 32 others arrested for instigating an attack on President Yoweri Museveni.

The suspects were all facing treason charges after the police accused them of being behind the throwing of stones at Museveni’s convoy.

The incident occurred earlier this month ahead of a by-election.

Bobi Wine known in real life as Robert Kyagulanyi was reportedly tortured while in custody. He first appeared before an army court but charges against him were dropped last week.

He was quickly re-arrested and charged in a civilian court. Bobi Wine’s arrest and detention sparked protests with some deaths and injuries recorded.

There was chaos in court when one of the accused fainted and had to be resuscitated by onlookers including an opposition leader, Kizza Besigye.

He told NTV Uganda that “This morning as we were in court, two actually collapsed and I was involved in trying to resuscitate one of them. Mr. Atiku Shaban, who was in a very weak condition, is in extreme pain.”

Besigye is a medical doctor and a former personal physician of President Museveni. He has also suffered several arrests and brutality while speaking against the government.

Robert Kyagulanyi is a Ugandan celebrated Afrobeats star. He began his music career in the early 2000s and has been singing projecting various issues of national concern.

He has produced songs on issues such as freedom of speech and personal hygiene.

Bobi Wine was elected to parliament as an independent in a by-election in 2017 in Kyadondo East, central Uganda.

He calls himself the “ghetto president” since he stands up for the rights of the underprivileged.