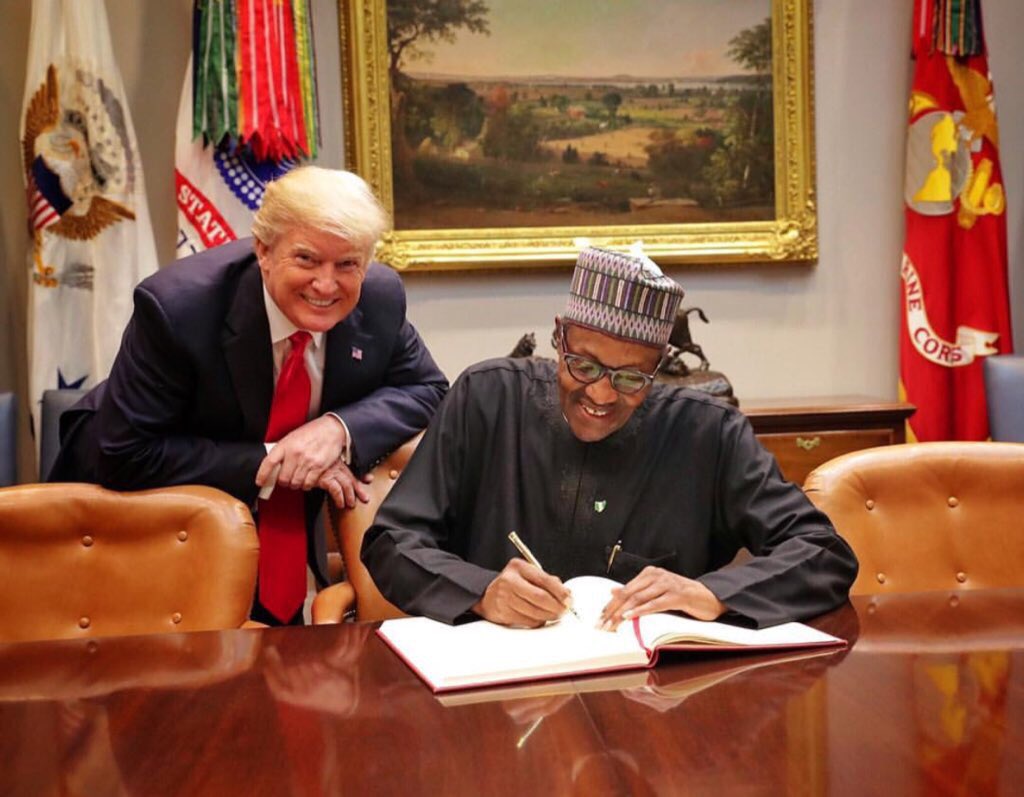 Mr. Trump has reportedly said that he never again wants to meet someone so lifeless like President Buhari who is 75.

US President Donald Trump is alleged to have told his aides that Nigerian President Muhammadu Buhari is ‘lifeless’.

He has reportedly said that he never again wants to meet someone so lifeless like President Buhari who is 75.

UK-based Financial Times newspaper reports that three of its sources confirmed Trump’s comment and observation following a meeting between the two leaders.

Mr. Trump hosted President Buhari at the White House in April for talks. Mr Buhari was the first leader from sub-Saharan Africa Mr Trump invited to the White House.

President Buhari has on several occasions visited the UK for medical check-up. His health condition is a thorny issue in Nigeria.

He is due to seek re-election next year despite facing criticisms about his performance.

The meeting will afford both leaders the chance to discuss issues relating to trade and regional security.

President Kenyatta is the third African leader to meet President Trump. Mr. Trump has already welcomed the presidents of Egypt and Nigeria to the White House.

Kenya is among the top recipient countries when it comes to US security aid in sub-Saharan Africa.

Mr. Trump is not considered by many Africans as a friend of the continent. It follows his recent comments describing African countries as ‘shitholes’.