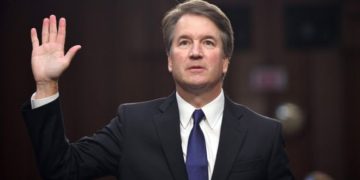 Christine Blasey Ford says Mr Kavanaugh was drunk when he pinned her to a bed and tried to remove her clothing when they were both teenagers. 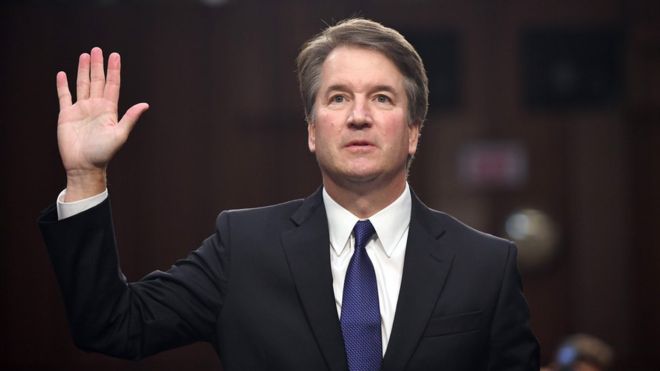 The woman alleging she was sexually assaulted by US President Donald Trump’s Supreme Court nominee, Brett Kavanaugh, has identified herself in an interview with the Washington Post.

Christine Blasey Ford says Mr Kavanaugh was drunk when he pinned her to a bed and tried to remove her clothing when they were both teenagers.

Top Democrat Dianne Feinstein called for his nomination to be put on hold.

WHO says cut in funding by the U.S. will affect Africa greatly

When did the alleged assault take place?

Christine Ford, a professor of psychology at Palo Alto University, told the Post she decided to go public as her privacy was “being chipped away”.

She believed the incident happened in 1982, when she was 15 and Mr Kavanaugh was 17.

He was a student at Georgetown Preparatory School in Bethesda, Maryland, and she was studying at a nearby high school.

At a gathering of teenagers at a house, she alleges that he pinned her to a bed on her back and groped her over her clothes, grinding his body against hers and clumsily attempting to pull off her one-piece bathing suit and the clothing she wore over it.

She goes on to say he put his hand over her mouth when she tried to scream, but she managed to break free when a friend of Mr Kavanaugh’s jumped on top of them both.

“I thought he might inadvertently kill me,” she told the Post. Mr Kavanaugh and his friend were both drunk, she says.

She first approached Democratic lawmakers in July, shortly after Mr Trump’s nomination of Mr Kavanaugh revived the pain of the memory.

She says she sent a letter to her local congresswoman, Democrat Anna Eshoo, and Senator Dianne Feinstein, the Senate Judiciary Committee’s top Democrat.

Mrs Ford says she believes Ms Feinstein honoured her request to keep the letter confidential, but “others did not”.

Ms Feinstein said in a statement after seeing the Washington Post article: “I support Mrs Ford’s decision to share her story, and now that she has, it is in the hands of the FBI to conduct an investigation. This should happen before the Senate moves forward on this nominee.”