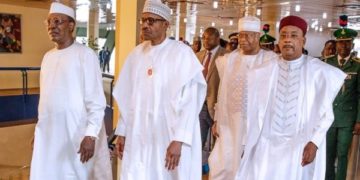 The leaders renewed their commitment to fight the Boko Haram militants and eventually end their insurgency. 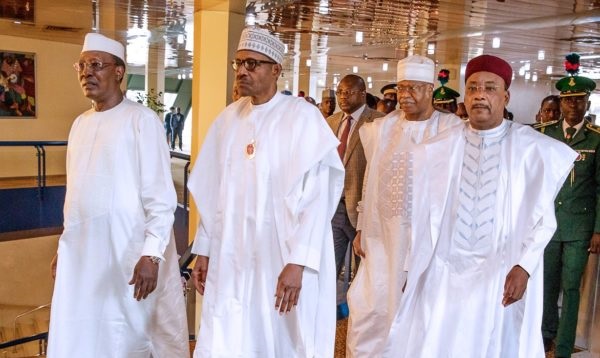 Leaders of countries within the Lake Chad Basin territory have vowed to end the insurgency of terrorist group, Boko Haram.

Presidents of Nigeria, Niger and Chad met over the weekend in Nigeria. The meeting was to find new ways of ending the activities of the militant group.

It was attended by Nigeria’s Muhammadu Buhari, Mahamadou Issoufou of Niger and Idriss Deby Itno of Chad.

Alongside President Faustin-Archange Touadera of the Central African Republic, Patrice Talon of the Republic of Benin and Prime Minister of Cameroon, Philemon Yang, a promise was made in Abuja to revise strategies.

These leaders renewed their commitment to fight the Boko Haram militants and eventually end their insurgency.

The meeting of the Heads of State and Government of the Lake Chad Basin Commission (LCBC) was the second in a matter of three weeks.

An earlier meeting was held in November in Chad’s capital N’djamena. In a communiqué issued on Saturday the regional leaders announced the offering of support to strengthen the fight against terrorism.

They also vowed to push for the quick implementation of the Regional Stabilisation Strategy in the areas of Lake Chad affected by the Boko Haram crisis.

The leaders also resolved to roll out the Quick Impact Projects (QIPs), aimed at providing immediate relief to the communities affected by the Boko Haram insurgency.

Boko Haram has killed thousands of people from countries within the Lake Chad Basin. Their activities have also displaced millions, creating a humanitarian crisis.