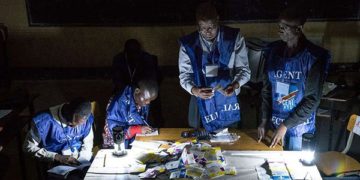 It appears the delay could continue for more hours. Officials said on Tuesday that provisional results could further delay by 48 hours. 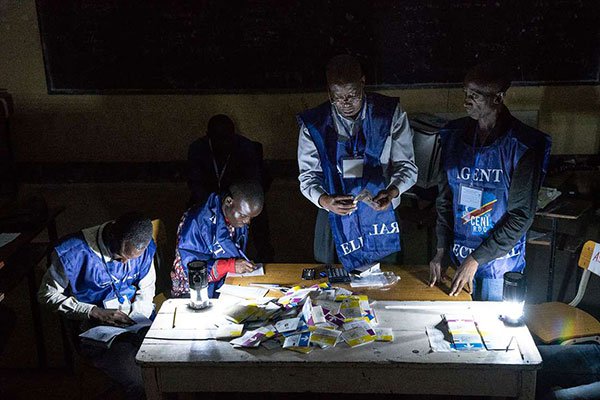 There is heightened tension across the Democratic Republic of Congo as citizens continue to wait for results of the December 30 elections. The publication of the results was first delayed last Sunday.

The Independent National Electoral Commission (CENI) had said that the delay was necessary since not even half of the ballots had arrived and collated.

It appears the delay could continue for more hours. Officials said on Tuesday that provisional results could further delay by 48 hours.

DR Congo’s electoral commission President Corneille Nangaa told AFP that “It is a huge task that we can’t finish in just a few hours.”

On Tuesday the commission held a meeting over the final results.

Nangaa said “The CENI plans to devote 24 to 48 hours to this task, after which time the CENI will schedule the announcement of the provisional results.”

Final results are however expected to be announced on January 15. The new president will be sworn in on January 18.

Some of the opposition presidential candidates in the election have claimed victory.

Representatives of one of those candidates, Felix Tshisekedi say they have met with outgoing President Joseph Kabila’s camp to ensure a peaceful transfer of power.

Those claims were made on Tuesday without the publication of any election results. There are concerns such pronouncements could lead to violent reactions should final results not favour Tshisekedi’s camp.

But he is not the only one signaling a potential rejection of poll results.

He warned the electoral commission against disguising “the truth” about the election results.

Fayulu says CENI must “publish the provisional results of the presidential election in the near future,” adding that “The election results are not negotiable.”

Former interior minister Emmanuel Shadary who is the ruling coalition’s candidate in the election appears to be facing a huge task in retaining power for the coalition.

The Catholic Church in the Democratic Republic of Congo has also said that there was a clear winner in the presidential election.

The church however did not mention which candidate it says was the clear winner.

21 candidates contested the presidential elections but there are three key frontrunners.

The ruling coalition was represented by Emmanuel Ramazani Shadary. He was backed by outgoing President Joseph Kabila.

The major rival for Shadary is Martin Fayulu from the opposition coalition. Fayulu is a former oil executive and backed by several other opposition leaders hoping to defeat the ruling party.

The third contender is Felix Tshisekedi Tshilombo, the son of a late veteran opposition leader. He refused to back Fayulu after withdrawing from an agreement to back the opposition coalition candidate.

Will there be a successor to Kabila?

President Joseph Kabila did not take part in the December 30 election and the poll was to end his regime for the past 18 years.

Kabila took over as president from his father Laurent who was assassinated in 2001.

Mr Kabila frustrated the holding of the election which had to be delayed for several years. The publication of the election results and a peaceful transition will be the first in the country’s history since gaining independence from Belgium in 1960.

Past elections have been characterized by violent reaction to results and there are fears of a repetition this time round.

The United States has already sent troops to DR Congo’s neighbors to protect its citizens in the event of violence.

Egypt gets back 'smuggled artefact' from UK