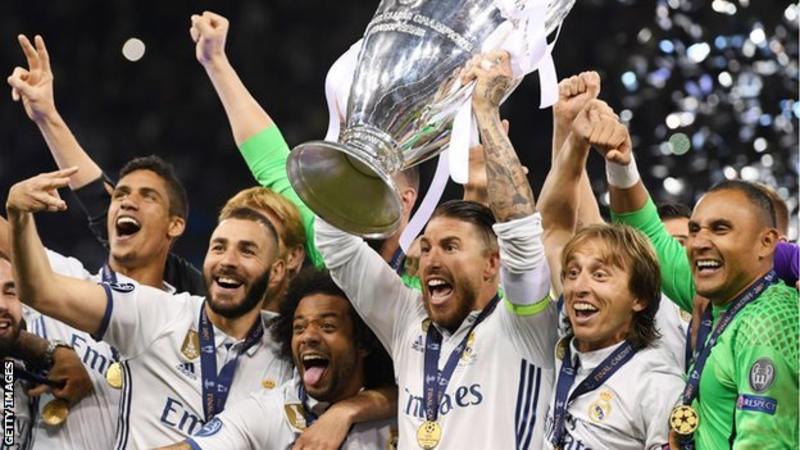 Fred Dzakpata
Fred Dzakpata is a Ghanaian journalist who specializes in business reporting in Africa.

It overtook rival Manchester United with a record €750 million.

The Football Money league which has been in existence for the past 22 years ranks the 20 richest football clubs globally.

Manchester United dropped to the third place with Barcelona another Spanish club occupying the second spot.

This year’s money league which is based on season 2017-18, also shows that the combined revenues of the top 20 clubs has risen 6% to a new record €8.3 billion.

The report looked at revenues of the twenty clubs without taking into account debts they incurred during the period under review.

The report says that helped the club to raise income for Real Madrid who have now topped Deloitte’s money league 12 times.

The Spanish club witnessed a commercial growth of €54 million including an increase in sponsorship and merchandising revenues, as well as exploitation of increasingly lucrative pre-season tour matches.

This means at €356.2m, Real Madrid now have the highest commercial revenue of any football club globally, contributing to those world-record revenues.

Bayern Munich and Manchester City completed the top five, retaining their positions from the past two years.

Paris St-Germain, Liverpool, Chelsea, Arsenal, and Tottenham Hotspur occupied places six to 10, with Spurs making it into the top tier for only the second time.

Africa dominates list of least liveable cities in the world