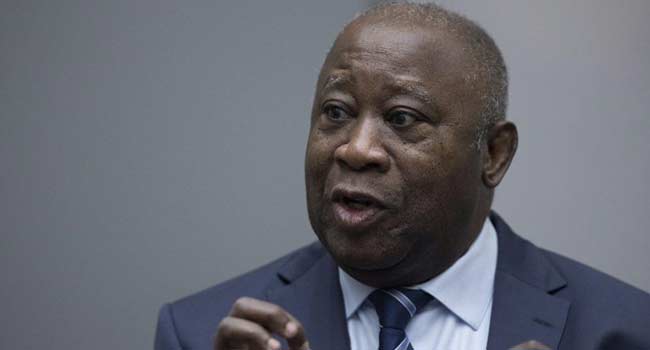 Former president of Ivory Coast, Laurent Gbagbo will be staying in Belgium following his acquittal by the International Criminal Court (ICC).

Belgium has agreed to host him pending an appeal against his acquittal by prosecutors at the ICC.

On Friday judges at the ICC ruled to allow for the release of Mr. Gbagbo from detention but under certain conditions.

Mr. Gbagbo’s release was to be implemented provided he is accepted by a country. That country however must be willing to co-operate in enforcing any future decisions made by the ICC.

In a statement after the court decision on Friday, the ICC prosecutor, Fatou Bensouda said in a statement that “We note the decision of the Appeals Chamber.

The Prosecution’s position was that we would be amenable to release with a set of conditions attached. These conditions would be to ensure that Messrs Laurent Gbagbo and Charles Blé Goudé would be available before the Court should the trial proceedings against them continue.”

Last month there were reports that Gbagbo wanted to return to his home after the court acquitted him of all war crimes charges.

Gbagbo has been serving a prison term for committing crimes against humanity. He has so far spent seven years in detention.

Mr. Gbagbo was arrested in 2011 after violence erupted in Ivory Coast shortly after the 2010 elections.

He had refused to concede defeat to current president, Alassane Ouattara.

Mr. Gbagbo and his wife Simone, were arrested after a brief civil war. He was handed over to the International Criminal Court.

Gbagbo became the first former head of state to be handed over to the ICC and has been on trial since 2016.

He faced four counts of crimes against humanity, including murder, rape, persecution and other inhumane acts during the post-electoral violence between December 2010 and April 2011.

Mr. Gbagbo has however denied the charges, saying they were politically motivated.