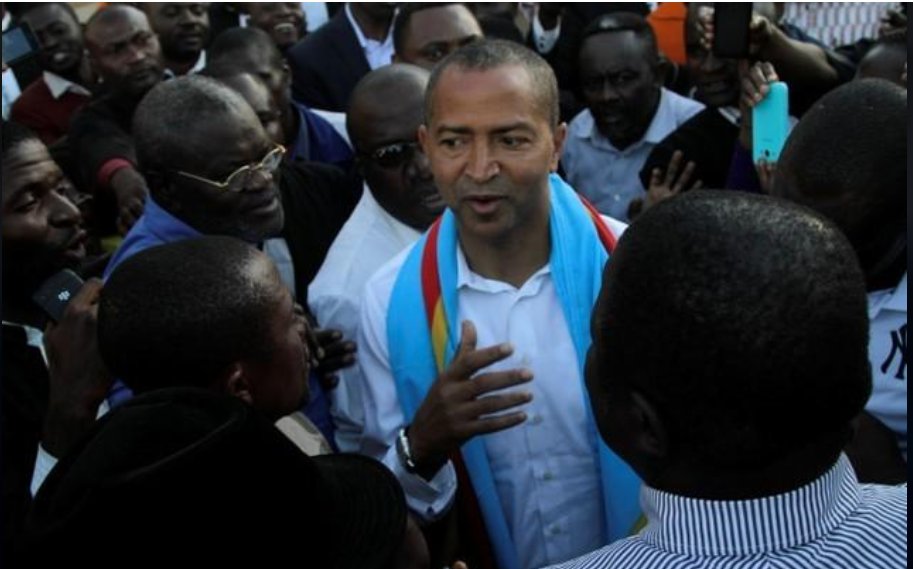 Prosecutors in the Democratic Republic of Congo have dropped charges against an opposition leader, Moise Katumbi.

The business man and politician is currently in exile after he was prevented from contesting last year’s presidential election.

He was facing multiple charges of holding dual citizenship and also hiring mercenaries.

The former governor of Katanga, a copper-mining region had to flee Congo in May 2016 to avoid arrest and jail terms.

He was considered a threat to former president, Joseph Kabila and accused of hiring mercenaries to plot against the former President.

Mr. Katumbi denied the charges but was never allowed back to DR Congo last year to run for president.

The latest decision to drop charges against Katumbi is believed to be as a result of the change in leadership in Congo.

“Given that the president of the republic has made easing political tensions his priority…,we consider it inopportune to continue the investigation,” Congo’s top military prosecutor, Timothee Mukuntu, wrote in a formal decision abandoning the probe into Katumbi.

New President Felix Tshisekedi has however promised to heal the country and unite it further.

Tshisekedi’s victory in the 2018 election had to be confirmed by the constitutional court after one of his rivals, Martin Fayulu legally challenged the election results.

Despite the constitutional court’s ruling that his victory was legitimate Tshisekedi has been facing the challenge of being accepted by all which is not unusual with electoral outcomes in parts of Africa.