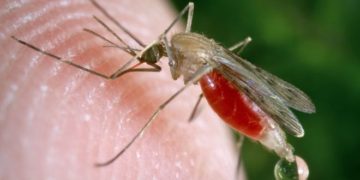 Within 45 days, trials conducted in Burkina Faso, showed that mosquito populations collapsed by 99% due to the fungus. 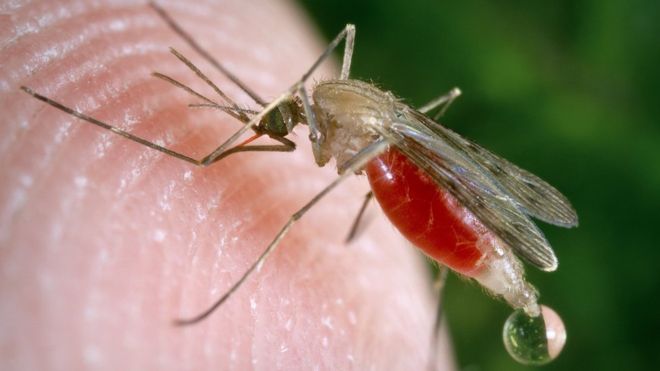 A new study has shown that a fungus which is genetically enhanced to produce spider toxin is able to kill a large number of mosquitoes that spread malaria.

Within 45 days, trials conducted in Burkina Faso, showed that mosquito populations collapsed by 99% due to the fungus.

This latest finding could go a long way to help fight the spread of Malaria which Mosquitoes are responsible for.

Globally there are about 219 million cases of malaria each year and is responsible for more than 400,000 people per year.

Africa still remains an area where the disease is devastating. The researchers have revealed that they want to stop the spread of Malaria not necessarily to cause the extinction of the insect.

The Malaria disease is spread when female mosquitoes drink blood.

Researchers at the University of Maryland in the US collaborated with IRSS research institute in Burkina Faso to first identify a fungus called Metarhizium pingshaense.

The fungus naturally infects the Anopheles mosquitoes that spread malaria. The Fungus was then enhanced to be effective.

The BBC quotes Prof Raymond St Leger, from the University of Maryland as saying that the fungus is “very malleable, you can genetically engineer them very easily.”

A toxin found in the venom of a species of funnel-web spider in Australia were added to the fungus’s own genetic code.

That helps the fungus to immediately start making the toxin once it enters a mosquito.

“A spider uses its fangs to pierce the skin of insects and inject toxins, we replaced the fangs of spider with Metarhizium,” Prof St Leger explained.

Dr Brain Lovett, from the University of Maryland said tests showed the fungus was specifically effective with mosquitoes only.

He added: “Our technology is not aiming to drive the extinction of mosquitoes, what we’re aiming to do is break malaria transmission in an area.”

DR Congo: President's father to be buried two years after he died