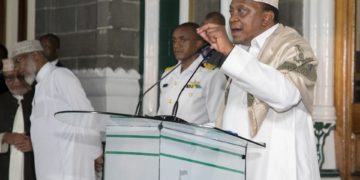 The president visited the Jamia Mosque to join Muslims break their fast for the day. 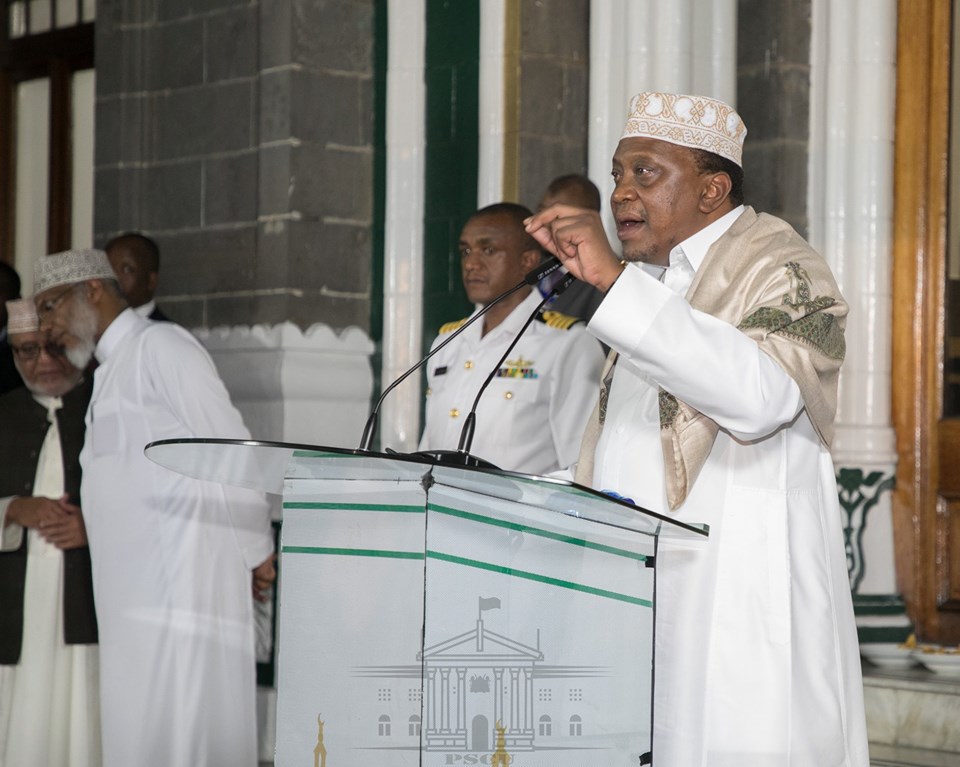 Kenya’s President Uhuru Kenyatta on Thursday appealed to Muslims in his country to help fight extremism after visiting a mosque in the capital Nairobi.

The president visited the Jamia Mosque to join Muslims break their fast for the day.

According to the Kenyan Presidency, before the Iftar and the prayers, Mr. Kenyatta “was taken on a tour of Jamia Mosque complex where he visited the library and Horizon TV station operated by the Mosque.”

Kenyatta also “addressed viewers on live TV and extended best wishes to Muslims as they approach the end of the holy month.”

President Kenyatta according to the statement from the presidency “later addressed worshippers inside the mosque where he reiterated his rallying call for all Kenyans to be united no matter their background.”

He is quoted as saying that “We are proud of our diversity as a nation of many ethnic groups, colours and religions.”

“When we see violence occasioned, this violence is not occasioned by Muslims or Christians but by criminals. It is this criminal that we fight because they are enemies of Muslims and Christians and all other religious groups,” said the President.

Kenyatta was also seen in pictures sitting on the floor and interacting with some of the worshipers at the mosque.

This year an attack by the group led to the death of at least 21 people at a hotel and office complex in Nairobi.

DR Congo: President's father to be buried two years after he died