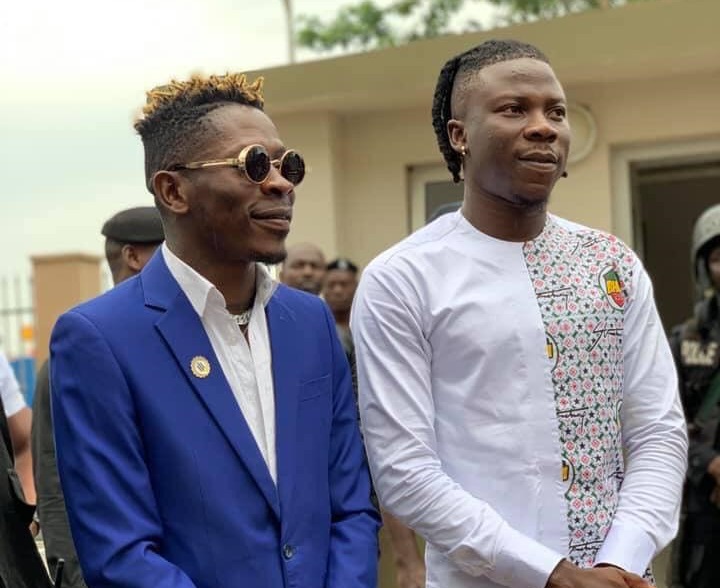 The two artistes, Shattawale and Stonebwoy clashed last month at a music event in Ghana’s capital Accra resulting in their arrests by the police.

Two of Ghana’s popular Dancehall artistes who have been at ‘war’ for most parts of their careers have now made peace.

The two artistes, Shattawale and Stonebwoy clashed last month at a music event in Ghana’s capital Accra resulting in their arrests by the police.

Their bitter rivalry was ignited at the event during an award presentation session.

Stonebwoy had just been announced as the Dancehall Artiste of the year and was on stage to receive his awards.

But Shattawale who is a rival Dancehall artiste then stormed the stage with his supporters.

In the midst of the chaos supporters of the two musicians fought and Stonebwoy was seen pulling guns.

They were both suspended by the awards organizers but efforts by some players within the industry led to a peaceful resolution of their differences.

On Tuesday the two performers were seen at a news conference announcing their decision to make peace.

The resolution of their differences seems to excite many of their fans who have been reacting on social media.

#ShattaStone why I’m i feeling this was planned from day one?

Guys what should be the title of the song?#ShattaStone

There were concerns that if the two artistes did not make peace, the tension between their camps could turn deadly.