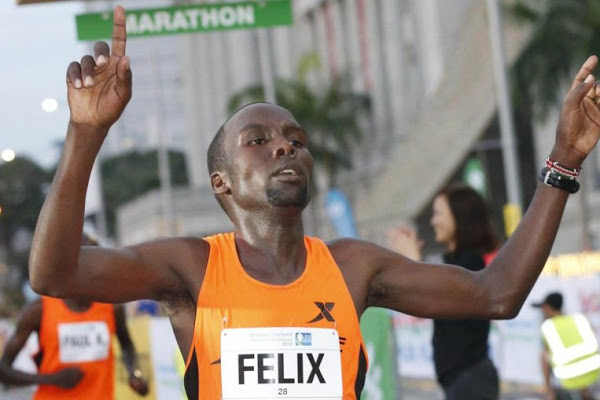 The Athletics Integrity Unit (AIU) said Kirwa would be banned until Nov. 14 and was disqualified from his second-place finish at the Singapore marathon last December.

Kenyan marathon runner Felix Kirwa has been suspended for nine months after testing positive for strychnine, a substance sometimes used as rat poison.

The Athletics Integrity Unit (AIU) said Kirwa would be banned until Nov. 14 and was disqualified from his second-place finish at the Singapore marathon last December.

Kirwa, who won the Singapore marathon in 2016, said he had been taking herbal medicines that included the banned substance and the AIU said the presence of strychnine in his sample was consistent with that explanation.

Strychnine is on the World Anti-Doping Agency’s banned list because it is a stimulant.

In the late 19th and early 20th centuries it was used in small doses as an athletic performance enhancer and recreational stimulant.

Kenya, known for its middle and long-distance running pedigree, has suffered serious damage to its reputation due to a number of doping violations in recent years.

In the past five years, about 50 Kenyan athletes have been sanctioned, including former Boston and Chicago Marathon winner Rita Jeptoo and 2016 Olympic marathon champion Jemima Sumgong.