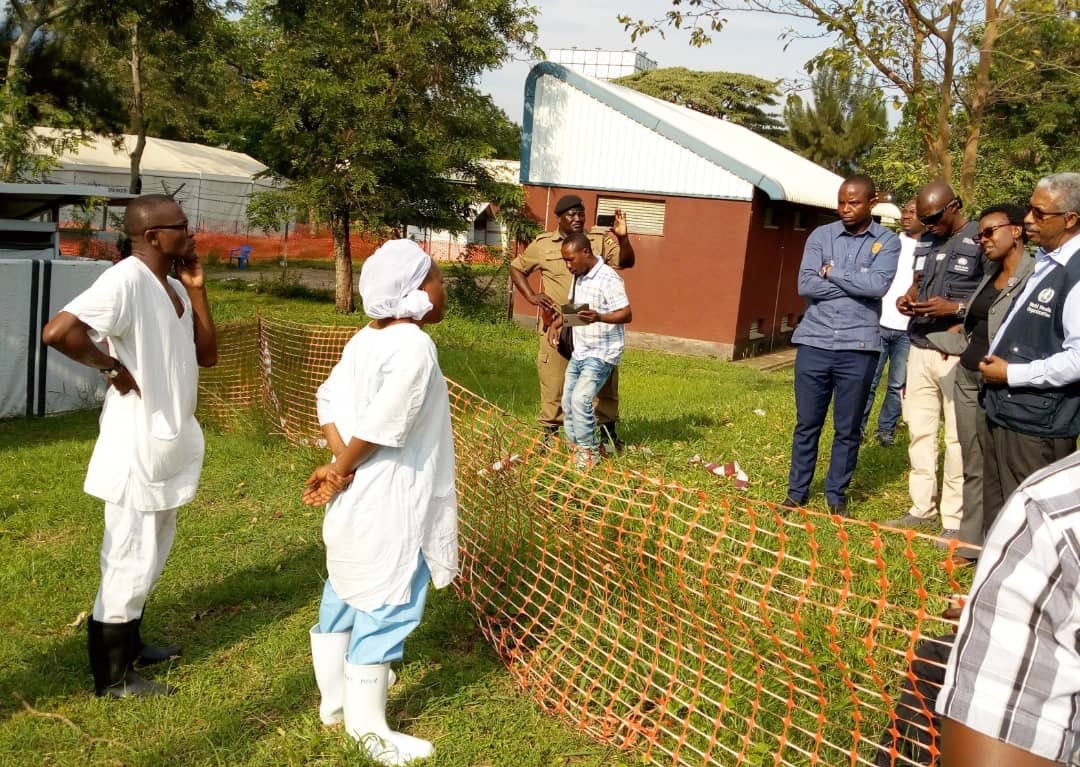 This month the Ugandan government confirmed it's first case of the virus in Kasese, a district sharing border with the Democratic of Republic of Congo.

Uganda officials have suspended mass gatherings in the Kasese district where cases of the deadly Ebola virus have been recorded.

But a second person who is the child’s grandmother has also died from the disease.

They both got infected after coming into contact with someone who had Ebola and has since died.

According to health ministry officials, those dead crossed over into Uganda from DR Congo.

Health officials say a third person has also tested positive for the virus and has been isolated.

Seven other suspected cases are being monitored including parents of the five-year-old who died.

This month the Ugandan government confirmed it’s first case of the virus in Kasese, a district sharing border with the Democratic of Republic of Congo.

The country had earlier said it was on alert for a potential outbreak from DR Congo.

Proud of our health workers who are working hard to ensure that #Ebola does not spread to other parts of the country.
Witnessed the health workers at the isolation unit located at Bwera Hospital and I am proud of the work they are doing to contain this outbreak. Thank you teams! pic.twitter.com/ERVi68Ozyo

A vaccination exercise was rolled out last year to fight the potential spread of the disease from across the border.

Uganda has now intensified its public campaigns about Ebola and stepped up screening at all major border points.

A mass immunisation of health workers in the affected district will take place on Friday.

The World Health Organization (WHO) is said to be bringing in 3,500 additional vaccines for this vaccinating exercise.

#DRC delegation has brought 400 doses of the #Ebola vaccine. In the Kasese DTF the DRC delegation says that early detection of cases in #Uganda should be an opportunity to contain the outbreak early. pic.twitter.com/ilICdHhEwU

That will also cover at least 50 people who had some contact with suspected Ebola cases or those infected.

Meanwhile health officials in the DR Congo are battling the outbreak Ebola which continues to kill many.

The death toll according to Congolese officials continues to increase.

There appears to be lost hope in controlling the spread of the disease in the country, compounded by violence and lack of proper health infrastructure.

In the wake of the #Ebola outbreak in Kasese District, I urge you all to embrace prevention measures such as;
1.Avoid direct contact with body fluids of a person suspected or infected with Ebola
2.always wash your hands thoroughly with soap and water