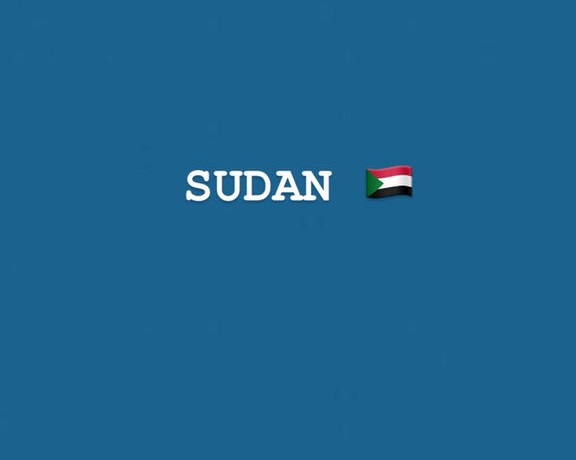 There has been a major movement on social media across the world over recent massacre in Sudan carried out by the military.

Hundreds of them were killed by military officials last week as they push for civilian rule.

Human rights activists have described the killings as a deliberate massacre of civilians.

Thousands sign petition for change in leadership at AU Commission

The killings were carried out by the notorious Rapid Support Forces (RSF).

Hundreds of bodies were pulled from the River Nile in Khartoum as a result of the crackdown.

Over two hundred people are now confirmed dead from the violence. Some shocking revelations were made by some victims.

Some women said after being arrested by Sudan’s Rapid Support Forces (RSF), they were beaten and threatened with execution.

Some were told to run for their lives and then fire was opened on them by soldiers. Other victims of the brutality were forced to drink sewage water and were urinated on.

The shooting of one of the activists called Mohammed Hashim Mattar aged 26 by security forces led to the spread of the hashtag #BlueForSudan.

One of his relatives explained that the hashtag and the spread of the colour blue was because Mattar loved that colour.

Those who are taking part in spreading #BlueForSudan. The color blue came from a warm hearted, martyrs known as, Mohammed Hashim Mattar, my cousin who has passed away on the 3rd of June, as he was standing proud. Blue was his fav color, which now presents unity.🇸🇩

The colour and activism around the hashtag now appears to be a new symbol for a bigger push for global attention for the happenings in Sudan.

Since the overthrow of former leader, Omar al-Bashir, the military is refusing to hand over to a civilian regime.

The opposition ha rejected recent move by the military to hold on to power until elections are held within nine months.

A major security crackdown has been ongoing with citizens declaring an indefinite strike to make it difficult for the military to rule.

There are currently ongoing efforts to resolve the crisis but it is not clear how soon that will happen.

But there are concerns the massacre in Sudan has not received the needed global attention.

Activists and social media personalities are also spreading the #SudanMassacre hashtag to bring attention to the crisis in the country.

It’s every continent on its own if you haven’t yet noticed..
if we don’t solve this as africans we are doomed…
I pray for sudan
I pray for Africa🙏🏾🙏🏾#SudanMassacre pic.twitter.com/adGDleboqy

What started as peaceful protest has turned into hundreds of innocent lives taken. Women, children and men brutally injured and raped. Over a thousand loved ones missing and an Internet blackout to keep the people silent. The situation in Sudan is beyond inhuman. How long will this continue before the international community takes urgent action against such mass outrage and violence ? #Sudan 💔🙏🏾

There is currently a media blackout in Sudan;

If we each dedicated ONE post to this,the world would be FORCED to pay attention!

Over 1, 000 people have either been killed, raped, or are still missing in #Sudan! There has been a media black out and an internet shutdown so that the news does not spread to the rest of the world. The military has killed hundreds of pro-democracy protesters. #SudanMassacre💔 pic.twitter.com/iyALpZlMbW

Five years from now, someone is going to make a movie/documentary about the #SudanMassacre and I promise you the world will act shocked when they see it. Thy will act like when it was happening they were in a deep sleep and missed the whole thing. They did it with Rwanda.

There is a major massacre happening in Sudan. More than 500 people have been butchered and bodies thrown in the River Nile, countless women have been raped. Most major media has barely covered this so many people don’t know. We should’ve silent!#SudanMassacre pic.twitter.com/yWWGZVspuU

Find out about what’s going on in Sudan. Spend a little amount of your time to read about it. Spread the awareness. It’s a humanitarian problem…
This the shortest version of what happened.#SudanMassacre #instagramdown pic.twitter.com/9LC8dry8Ux

The hope is that world leaders will turn attention to Sudan and push for an end to the killings and crackdown on protesters.