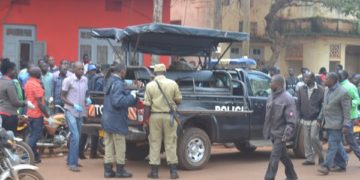 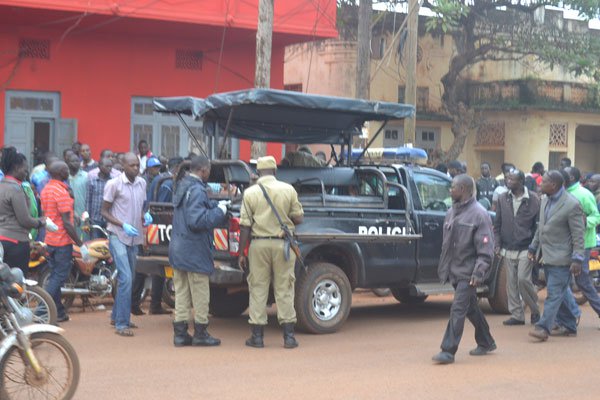 Police officers picked the body and took it to Jinja Hospital Mortuary. PHOTO BY DENIS EDEMA

A woman has been raped to death in Uganda’s town of Jinja, police say.

The police say they are now investigating circumstances surrounding the death of the woman whose body was dumped on the streets on Saturday.

Police are yet to identify the victim but her body had deep cuts on the face and neck, Daily Monitor reported.

Residents say the Jinja community is becoming dangerous for them with low police patrols.

A resident was quoted by Daily Monitor as saying that “Having streets lights in town has stopped police from patrolling the streets at night.

They [police] now concentrate on guarding home of people they perceive to be wealthy, leaving locals at the mercy of these criminals,” the resident said.

“During a security meeting, I informed the regional police commander to have both foot and motorised patrols at night, but to my surprise, I was not taken seriously,” Mr Sakwa said.

He signals his intention of “going to order for the immediate withdrawal of all police officers working at night clubs.

Owners of such places should get private security personnel who will be guided by a police officer on what to do instead of deploying six police officers to guard drunkards who contribute nothing to development.”