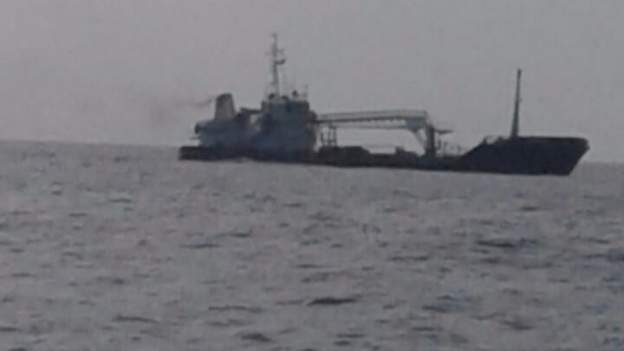 Kenyan media is reporting of some fifteen fishermen from the east African country being held hostage on a vessel owned by a Somali fishing company.

The Kenyans are reportedly forced to work under gunpoint without pay, according to the group seafarers lobby.

Daily Nation reports that the fishermen are desperately calling for help to return home.

They are stuck on the vessel named as FV Marwan 1, operating in Somali waters.

East Africa International Transport Workers’ Federation (ITF) officer Betty Makena has told Kenyan local media that the fishermen were hired by an unlicensed agent in Mombasa in April this year.

She adds that they have been working in deplorable conditions and living and sleeping in the open.

Many of these fishermen seen a photograph appeared injured and yet to receive medical care.

“The fishermen got my contact from some of their colleagues who they interact with and sent me the details and the pictures on their sufferings. Majority of them are sick and they need urgent medical attention,” Makena said.

According to local media reporting, the fishermen claim their employer is forcing them to work for long hours and are threatened with guns.

Makena has revealed that the seafarers lobby is hoping the Kenyan government can assist to rescue the group.

“We understand the ship will be heading to the Djibouti fish landing site and we hope to make contacts to ensure the crew is rescued there,” she said.

Makena also revealed that “We have contacted Seaport Operations Limited who recruited the fishermen before handing them over to the Somali fishing vessel owner and they have refused to meet us and our investigation reveal they do not have physical office.”

Last month Africa Feeds also reported that Fishermen from Kenya’s Budalang’i and Funyula constituencies have claimed that Ugandan policemen have on countless occasions forced them to eat raw fish as punishment.

Daily Nation also reported that the Uganda officials subject the fishermen to this kind of punishment for “crossing boundaries in Lake Victoria and using illegal fishing gear in Ugandan waters.”

Those arrested are reportedly taken to camps on an island on the Ugandan side and force them to eat their catch.

In some instances boats, engines, fishing gear and harvest belonging to the Kenyan fishermen are confiscated.