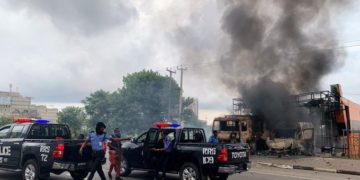 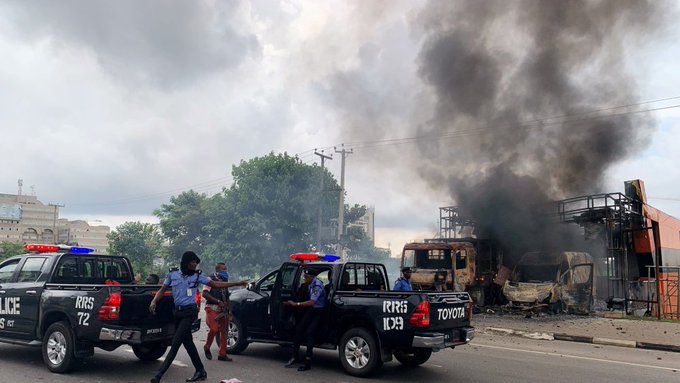 Police on Monday clashed with some Muslim protesters in the Nigerian capital Abuja resulting in deaths.

A senior police officer and at least four protesters are reported dead.

Local media reported that the protesters who are members of the Islamic Movement shot dead a senior police officer whose name was given as DCP Umar.

DCP Umar was in charge of Operations at the Federal Capital Territory Police Command in Abuja.

He was reportedly shot dead when he tried to clam down rampaging Shi’ite members who had disrupted commercial activities and vehicular movement.

The protesters were demonstrating at the Federal Secretariat, Abuja on Monday. A journalist was also hit by a bullet during the violence.

The crackdown by the police also led to the death of at least four protesters, according to eyewitnesses.

The protesters also burnt vehicles as police officers tried to crackdown on the protest.

Earlier this month gun shots were fired outside the National Assembly building during another clash between the police and the same protesters.

The protesters were making an attempt to enter the complex, leading to the confrontation with police.

The leader of the Shia Muslims, Ibrahim Zakzaky has been in detention since 2015. His supporters who dominated the protesters have been demanding his release.