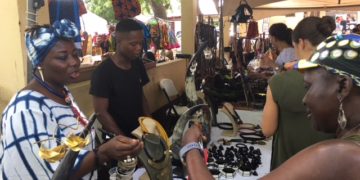 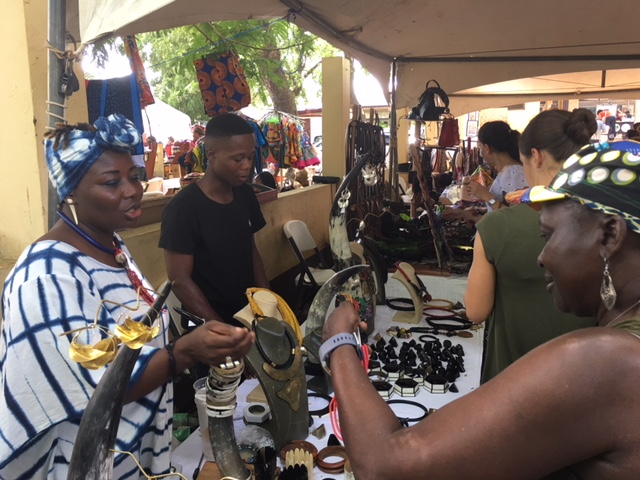 Most of the items African countries produce don't get to the American market. Photo: Africa Feeds Media

The United States in the past was the place to go for sub-Saharan African countries in terms of trade.

It used to be the leading trading partner of Africa, especially sub-Saharan Africa but that is changing.

The emergence of China on the scene over the past decade has meant that African countries now have an alternative super power to deal with.

China is willing to give many African countries what they seem to want – that’s aid for projects China is not willing to force on them.

There are no conditions attached to the aid from China, some African leaders have said.

But concerns of burdening Africa with debt isn’t deterring many African countries who see China as an alternative trading and investment partner.

Since 2000, the African Growth and Opportunity Act (AGOA) has been in place. It is a law that is meant to enhances market access to the U.S. for qualifying sub-Saharan African countries.

AGOA was the cornerstone of the U.S. government’s trade policy with sub-Saharan Africa.

In 2015 the law was extended to 2025 to provide tariff-free access on 6,500 products to 39 countries, ranging from oil and agricultural goods to textiles, farm and handicrafts.

But at the 18th AGOA Forum in the Ivory Coast’s economic capital Abidjan on Tuesday, African leaders and US officials conceded that trade pact isn’t really sparking.

Most of what African countries export to the American market are oil or petroleum-based products.

African countries however suffer because the industrialized goods that provide a value-added boost to local economies don’t get exported.

Constance Hamilton, assistant US trade representative for Africa said at the forum that “I do not think that AGOA has been the game-changer for many countries on the continent that we hoped it would be.”

“AGOA has not led to the trade diversification for which we originally hoped.

“Petroleum products continued to account for the largest portion of AGOA imports, with a 67 percent share,” Hamilton said.

She adds that “And the volume of AGOA trade remains modest. In the AGOA clothing sector, for example, we get about $1 billion per year from Africa”.

The United States is Africa’s third biggest trade partner after the European Union and China. But Africa attracts only about one percent of all US foreign investment.

With China fast becoming an important country for Africa and the continent already launching it’s own major trade area, U.S could soon struggle to become a forerunner in trading with Africa.