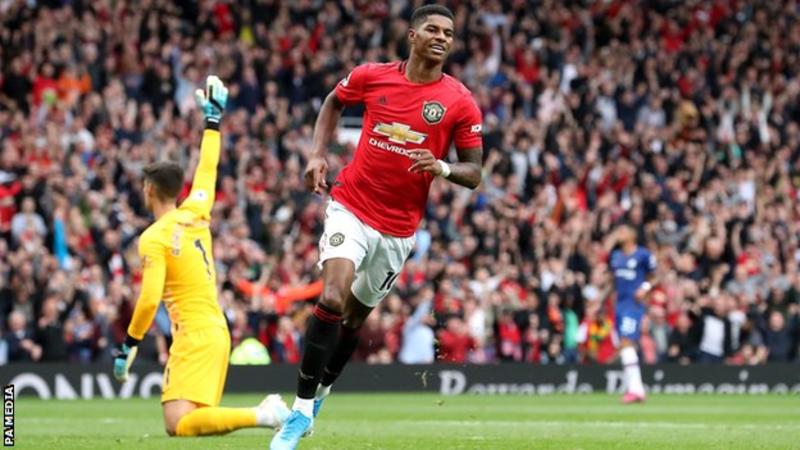 England forward Rashford opened the scoring from the penalty spot after being fouled by Kurt Zouma.

New £80m signing Harry Maguire won the ball which started the sweeping move for Anthony Martial to double the lead.

Rashford made it 3-0 before new signing Daniel James scored on a bad day for new Chelsea boss Frank Lampard.

Chelsea had their moments before United scored three second-half goals.

The Blues hit the woodwork twice – Tammy Abraham striking the post when the game was goalless before Emerson Palmieri rattled the bar after Rashford’s penalty.

But United took control after half-time as they clocked up their biggest home win over Chelsea since 1965.