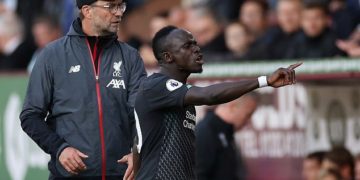 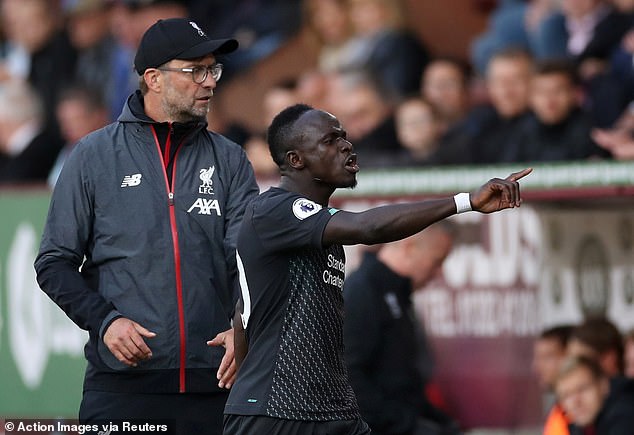 Liverpool star Mohamed Salah was at the centre of an angry outburst from team-mate Sadio Mane on Saturday night.

Mane was taken off with five minutes to go and was seen to be furious as he took his place on the bench.

But it emerged that it was not his substitution that enraged him – but a pass that Salah failed to make to him late in the 3-0 win over Burnley that left Liverpool with the only 100 per cent record in the Premier League.

‘Was it about a pass?’ said manager Jurgen Klopp after the match. ‘Yes …. But.’

Senegal says 7 children did not die from covid-19 vaccine

He then expanded on his answer by saying: ‘Everything is fine. There was a situation in the game he was not happy about.’

Mane was said to have been provoked by Salah’s option to try a trick while in possession instead of passing to him. But Klopp insisted that the issue had been sorted.

‘We are off for a couple of weeks now – and that is perhaps a good moment to do it!’

Mane could be seen shouting on the bench after coming off with six minutes remaining.

After the game, Klopp was keen to play down the incident: ‘Sadio is an emotional guy,’ he said to Sky Sports. ‘He wasn’t happy with something, clearly, but it wasn’t the substitution he was angry with!

‘It’s not a big issue, it’s something we’ll talk about in the dressing room and move on.’

Mane scored Liverpool’s second of the game in the first half, after Trent Alexander-Arnold’s deflected cross had given the Reds the lead, while Roberto Firmino rounded off the scoring in the second period with a fine finish from 20 yards out.

Former Liverpool defender Jamie Carragher sympathised with Mane’s anger and said Salah has a tendency to be selfish in the final third.

‘Salah should have passed,’ he said to Sky Sports. ‘If he hasn’t scored for 60 minutes, then he looks as though he is absolutely desperate to score in the final 30 minutes and he starts shooting more, which Mane clearly wasn’t happy with.

‘Obviously Mane is in incredible form and wants to score goals and he took his goal brilliantly tonight – he’s been involved with over 100 goals for Liverpool now which is an incredible statistic.’

Liverpool’s win means they are top of the Premier League table heading into the international break having won their opening four games.