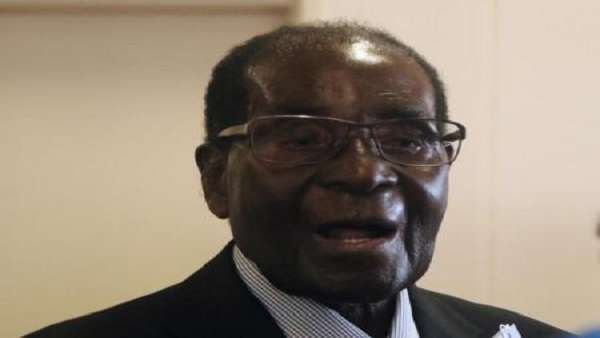 Mugabe’s church members pray for him to be forgiven

Mugabe’s church members pray for him to be forgiven

It was the first Sunday since Robert Mugabe, former president of Zimbabwe died and members of the church where he used to worship are prayed for his soul.

The worshipers who gathered on Sunday for usual service prayed for him to be forgiven following his death.

The Sacred Heart Cathedral in downtown Harare was packed with alot of worshipers who used to see Mugabe attend Catholic Mass with his first wife Sally and second wife Grace.

A local priest told the congregation “We are praying for our relatives who have died. Without forgetting to pray for our former president, Comrade Robert Mugabe, we bring him forward to God, we are asking God if there is anything that he did wrong in his life that he be forgive.”

Robert Mugabe died last week after battling illness for months. He died in Singapore where he had gone for medical treatment.

His country has declared him a national hero and a state funeral will take place when his body arrived back home on Wednesday.

Mugabe was born on 21 February 1924, in what was then Rhodesia. He led Zimbabwe to independence in 1980 and has ruled the country for decades.

Mugabe was Zimbabwe’s first post-independence leader but resigned from power after a military takeover in November 2017.

Zimbabwe to hold state funeral for Mugabe on Sept. 14

At least 29 killed in two attacks in Burkina Faso