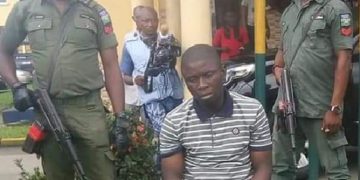 Nigeria: Suspected serial killer kills whenever he “had the urge”

Nigeria: Suspected serial killer kills whenever he “had the urge” 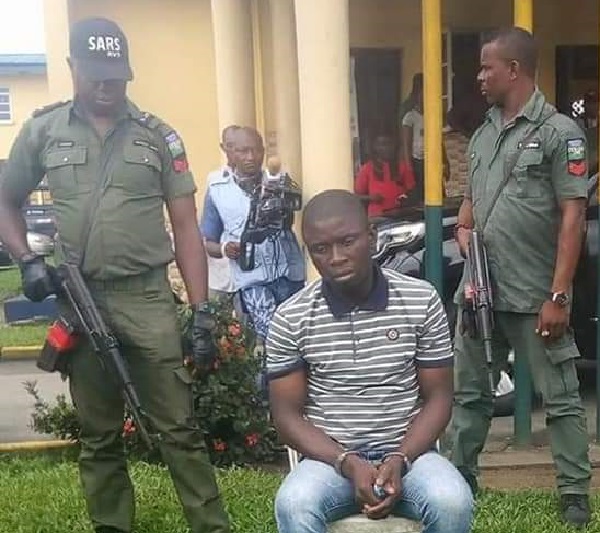 A serial killer in Nigeria has given a chilling account of how he kills young women in hotel rooms.

This month there have been series of protests over the wave of killings in hotel rooms in some states.

Hundreds of women in Nigeria demanded action over the killing of many young women with victims often strangled to death.

One of the suspects arrested is 38-year-old Gracious West. He claimed to have committed the crime whenever he had the urge to kill a young woman.

West is the prime suspect of the recent killings. He is part of a gang that has been carrying out the deadly attack.

He told the police he threatens the women, whom he meets at clubs, with a knife before tying them with pieces of cloth.

“While a victim is sleeping, I will put the kitchen knife on her neck and ask her not to shout. I would threaten to kill her if she shouts. So out of fear, she would not shout and I would tell her that I would not kill her if she cooperates.

“I would tear the pillowcase and tie their hands and legs and strangle them. While this was going on, some of them would tell me that they had money in their accounts.

“After confirming how much they had in their accounts, I would collect the pin numbers and at daybreak when I must have killed them, I would go to ATM and collect the money in the account,” West recounted.

The killings started in Port Harcourt in July this year and continued into August. West claimed he carried out the killings under the control of an unknown force.

He said whenever the urge to kill came, he would not stop until he murdered a young woman in a hotel.

The sin of killing

West added “After realising my sins, I sought spiritual intervention in a church. I told the pastor that I have been killing girls in hotels and the pastor said that they had a crusade programme and invited me to see the senior pastor but I waited and couldn’t see him.

“So, I left the church and went back and checked into a hotel. Seriously, I don’t know what makes me to kill; whenever it comes on me, that is when I kill, later I regret and feel sober but after a while, I would go and kill again.”

Most Nigerians are hoping these arrests would allay the fears of young women who have been worried about their safety in recent days.

Al-Sisi on shaky grounds as Egyptians protest against him