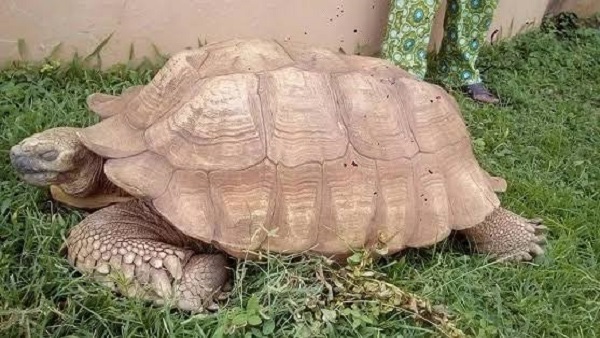 The tortoise reportedly lived for 344 years.

A 344-year-old tortoise in Nigeria has been reported dead in a traditional palace.

The tortoise popularly called ‘Alagba’ was confirmed dead by an official of the Ogbomoso palace where it used to be kept.

Nigerian officials say the tortoise was the oldest in Africa. It died on Thursday after a brief illness.

The animal was a major source of tourist attraction for the Nigerian community of Ogbomoso.

Toyin Ajamu, the Private Secretary to Oba Jimoh Oyewunmi, Soun of Ogbomoso told journalists on Thursday that the tortoise “lived in the palace for centuries.

“The tortoise had two staff members of the palace, dedicated to her. They provide food, health support and other logistics, so as to make sure she gets the best treatment.”

Ajamu explained that plans are underway to preserve Alagba’s body for historical records.