Opinion: Everyone’s a loser at the World Athletics Championships in Qatar 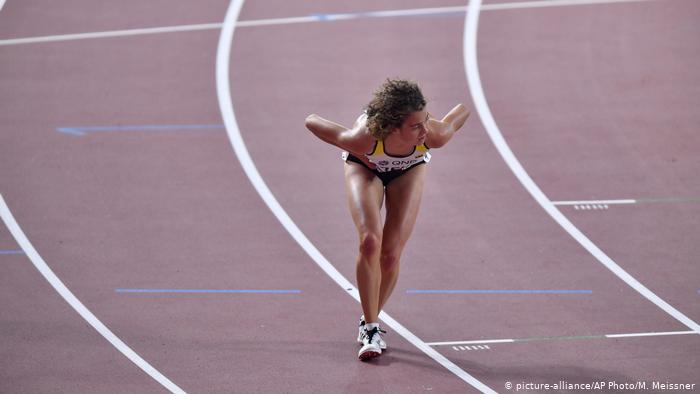 Professional athletes have to be able to cope with a lot. They earn a living through their performances and every necessary step must be taken in order to maintain them. They train in heat, cold, rain, snow or hail. They sacrifice everything in order to achieve their goals.

We are talking about a small, select elite who are used to a bit of pain and suffering, and accept such things without complaint. Therefore, if concerns are raised by those in this particular position, they must be taken seriously.

To award the World Athletics Championships to Qatar was a mistake. One that came with more than its fair share of warnings. Ahead of the championships, experts had spoken of the heat and its potential affects on the athletes, but hardly anyone at the IAAF was interested.

While athletes collapsed at the marathon and were driven away in wheelchairs, the organizers tried to prevent cameramen from filming it. These pictures should be seen by the world. IAAF president Sebastian Coe merely promised to provide more water – what a farce.

Now to the environmental issues. Cold air is blown into the Khalifa Stadium with elaborate technology — and, through a huge hole in the roof, new air is constantly added from outside. The CO2 footprint of the Doha championships is likely to be the largest of any athletics competition in history.

The sad thing is, hardly anyone is interested in the spectacle anyway. Half of the stands are covered with colorful banners. Most of the visible seats are empty.  According to media reports, Qatar even paid construction workers to go to the stadium just to make them seem fuller.

“Is there really going to be a World Cup here?,” asked British Olympic champion Denise Lewis, and rightly so. The fact that Dahlan Al Hamad, deputy World Cup coordinator, promised “it will always be full” before the start of the athletics championships shows how brazenly Qatar is trying to paint itself in the best public light, regardless of whether it can back it up.

The politically questionable country has been trying for years to market itself through sport. Arenas have been built, training centers opened, competitions hosted and athletes naturalized.

All with the aim of making Qatar more recognizable to a global audience. Of course, sports competitions should also be held in the Arab world; it is a legitimate goal to bring the world of sport into one’s own country. But if only one unique selling point can be offered by a potential host nation (money), sport has a problem.

Sport sells its soul to the highest bidder

If athletes are required to swallow heat pills to avoid collapsing mid-race, if stadiums remain empty, if human rights are trampled underfoot in the construction of arenas, then sport itself must shoulder the guilt. More precisely, the officials who awarded the championships to Qatar, despite other bids offering far more from a sporting angle.

But Qatar apparently offered more money than, for example, Eugene, USA or Barcelona. The fact that the then-IAAF President Lamine Diack is now under house arrest provides no comfort to those forced to compete in sweltering conditions.

These championships are merely one of many examples of how sport is selling its soul. Another will, of course, be the 2022 World Cup. Qatar will host and what we are currently seeing in Doha is a bitter taster ahead of what is to come. The emir of Qatar is already said to be plotting an Olympic bid.

The dilemma is that international sports federations have long been functioning according to market economy rules. The major events should above all bring growth and income. Everything else is secondary.

Javelin thrower Johannes Vetter has a proposition: he suggests that events like the World Athletics Championships should be awarded “not only in favor of money”, but also on the opinion of the athletes themselves. It’s an interesting idea. With more participation and more transparency in the award procedure of mega-events, sport would have many less worries.