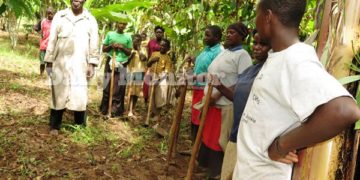 Father of 100 who finds pleasure in more kids and wives

Father of 100 who finds pleasure in more kids and wives 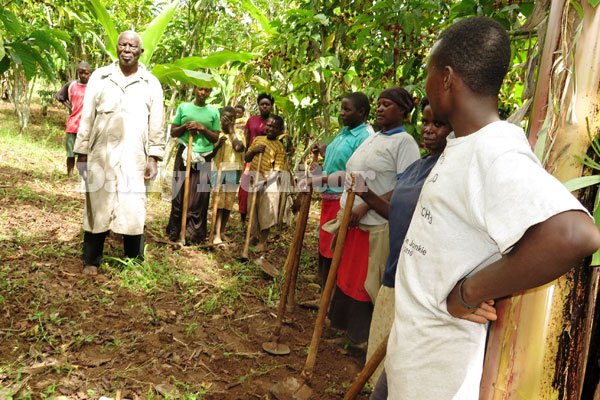 Nulu Ssemakula (left) has more than 100 children and is still counting. PHOTOS BY PEREZ RUMANZI

A 94-year-old Uganda who has over hundred children still wants to give birth to extra kids, saying he finds pleasure in that.

Nulu Ssemakula according to the Daily Monitor has married new four wives with his youngest wife aged 24 years.

Ssemakula’s youngest child is 10 months old and he wants to have more.

Currently living with 66 of his young children, some of Ssemakula’s children have grandchildren, making him a great grandfather.

Despite the large number of children the Ugandan says he still hopes to have more children and even marry more women.

“I will still marry more if I still have more years and even have more children. In children and wives, is where I find my pleasure. That is my true wealth,” Ssemakula was quoted as saying.

Ssemakula comes from a village called Ruyonza in Uganda. It is a largely polygamous village.

He was the first Muslim from Ruyonza to make the pilgrimage to Mecca in 1977.

Ssemakula boasts of more than 19 wives with whom he has had more than 100 children and is still counting.

He married his first wife in 1952, who was soon joined by five others.

They still live together. The Ugandan farmer depends on his large family size to take care of his vast coffee plantation.

“When you have many children and many wives, it is like managing the country. You have to pray for the wisdom to know when you must but be serious and when you need to lighten the mood,” he said.

Ugandan laws allows for Polygamy, where a man is allowed to marry multiple wives at a time.

The country’s 2014 Census results shows that around 8.3 per cent of all women aged 18 years or more, were currently married, cohabiting or in a polygamous relationship.